A Goodbye to the Covid Year. The Imaginarium Theater

A very busy week just passed so the best I can do today is post my new Imaginarium Theater.   I promise a more robust post next week.

This is the last week of school and a goodbye to masks and the miserable year of Covid.  It was a very difficult year for my family as I'm sure for many of you as well.  I'm glad to see the end of the school year for that reason, but very sad to say goodbye to a fantastic group of 6th graders.  We went through this together and this year will be one for the books.

Posted by Space Camp Utah at 4:12 PM No comments:

Connor Larson and Nicole VandenBos Return to the Magellan for the Summer Camp Season. Welcome Back! The New Simulators are busier than Ever! Imaginarium Theater.

The Magellan's Dynamic Duo are back!  Saturday saw the return of the Conner Larson and Nicole VandenBos.  They are the Magellan's best hope of sweeping summer camper votes this camp season. It was Conner's first mission after returning from school last week.  Nicole drove down from Heber where she teaches school.  The Space Center will be her summer job.

I finished my 1:25 P.M. planetarium presentation and made my usual Saturday rounds downstairs to the simulators to check out the action and rub shoulders with the gifted and talented of the simulator world. The Magellan, Cassini, Odyssey, and Phoenix were knee deep in story.

There was an all too familiar voice coming from the Magellan control room. I popped open the door and there was Conner in a semi panic mode - this being his first flight in the new Magellan.  He was doing a great job, and if there were mistakes, he and Nicole were hiding them in great storytelling.  Nicole was at second chair. It was just like the old days.

The Magellan is a beautiful simulator as seen in the photos I took on the bridge. 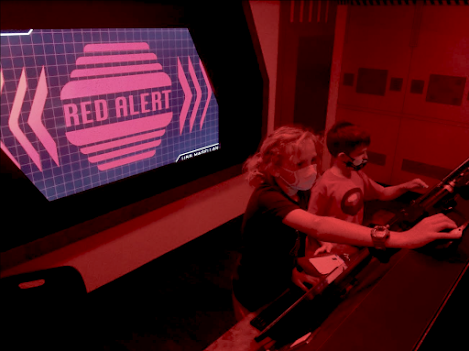 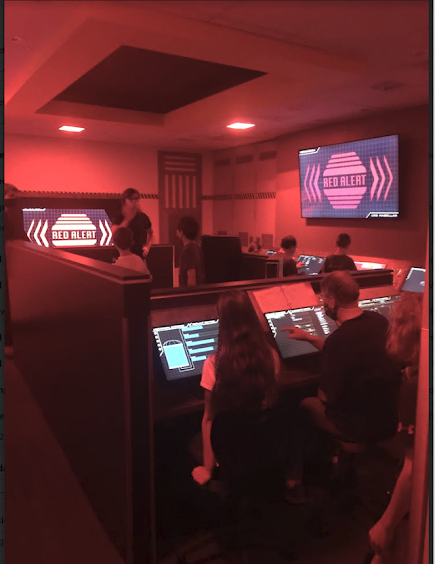 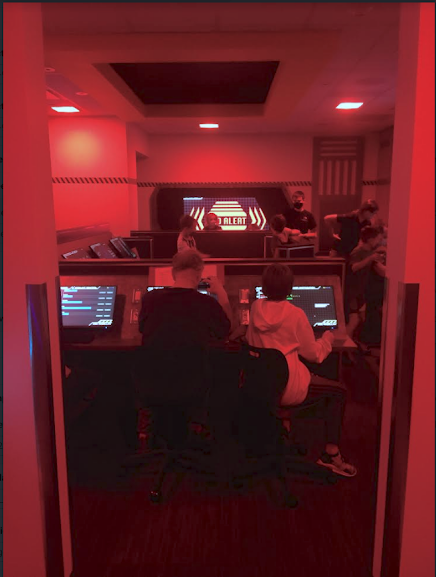 However, the Magellan wasn't the only ship flying yesterday afternoon.  Jon Parker and crew were telling a 5 hour Greenpeace story in the Cassini. 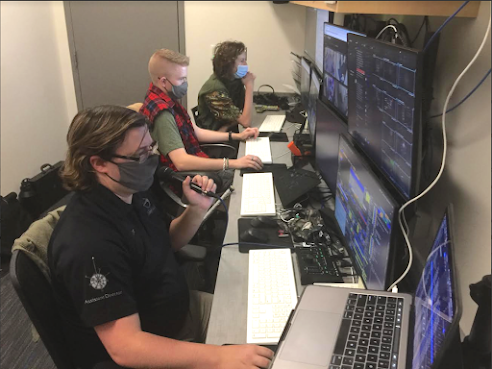 And across the hall from the Cassini Control Room is the Phoenix Control Room. Jordan was running a mission at the same time. 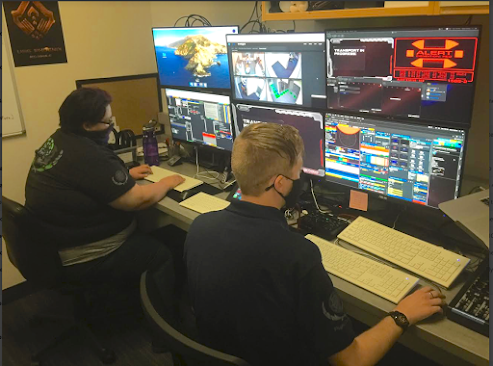 And around the corner the Odyssey was finishing up a story of their own with Tabitha, Natalie, and Tyler at the controls. 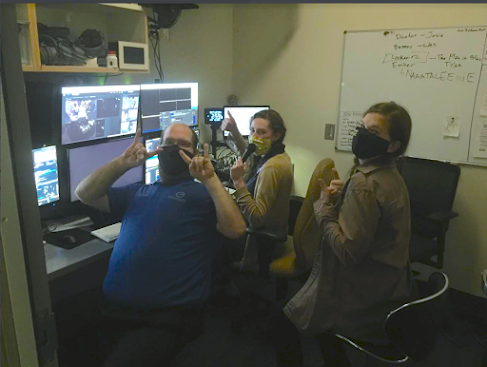 The ships may be new, but the spirit of the Space Center has always been its people and the people are there - the same ones who flew the original ship's last missions in the old Center are back to ensure the new Center has a great start.
Imaginarium Theater
The Best Videos From Around the World Edited for a Gentler Audience.
Posted by Space Camp Utah at 3:50 PM No comments:

Villains beware, the Magellan has returned and no asteroid field, nebula, or other hiding local will keep you safe for long.
Congrats again to our awesome staff and volunteers who work so hard to get each of our ships up and running. Our Saturday's have been booked out for weeks even as we add more simulators to the fleet. It is no small feat and they do it all with a smile on their faces. 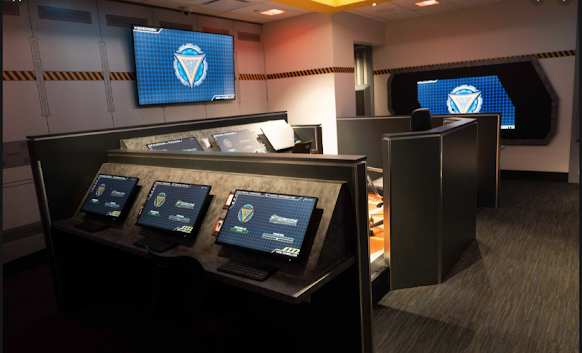 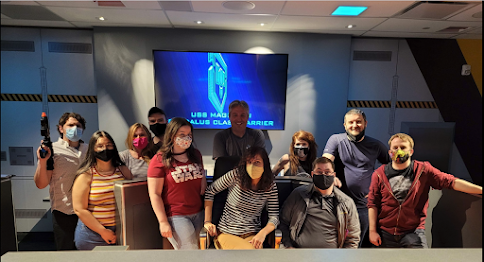 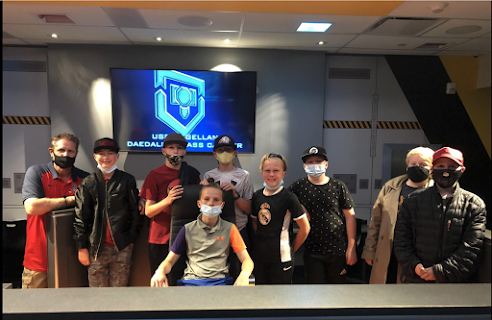 A Tribute to the First Magellan and All Its Glory (You gotta love those strawberry iMacs)
A tribute to the first Magellan. It's last flight before the 2005 remodel.
The Magellan opened in 1999. Notice the IMacs were all the same color - raspberry.  That uniform color took a day's work. The original Magellan computers arrived at Central School in different colors. We had raspberry, lime, tangerine, and blueberry.  What a disaster for the bridge.  What would people think walking into the Magellan and seeing a smorgasbord of computer colors?  Mr. Adams, Central's principal, and I loaded up the lime, tangerine, and blueberry computers into the back of his pickup and drove to most of the district's elementary schools asking if we could swap our computers for their raspberry computers. The principals were very obliging.  We had our raspberry bridge.
Of course, what we didn't know was that the computers were assigned to schools and their serial numbers recorded on the district's database. Dan Adams and I really messed up - causing the good folks at technology several hours of re entering serial numbers.  We asked for forgiveness but were not willing to take the computers back!
With the article I'm including a few historical photos. Below are the last pictures taken of the original Magellan before the redesign and construction of the Magellan you know today. These pictures were taken on the evening of November 26, 2005. 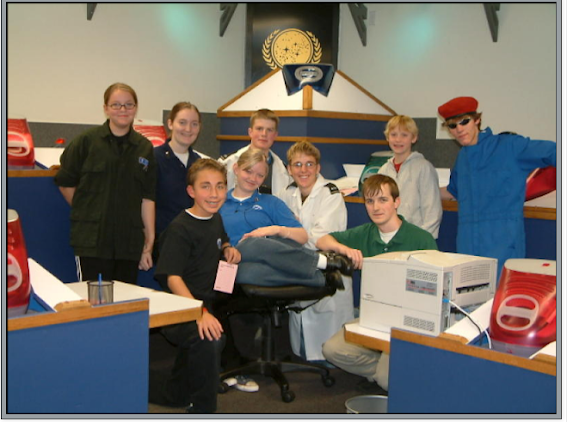 This was the final private mission staff. The Magellan closed that night so construction of the new Magellan could start on November 27th.  I don't know everyone's names, but this is what I know. Left to right standing top:  ?,   Megan Warner, Sam Brady,  ?  ,  BJ Warner.Front row:  Warren Nuila, Metta Smith, Steven Bristow, and Josh Babb. Josh was the Flight Director, Metta was second chair. The rest wanted to be there for the final goodbye to a wonderful set. 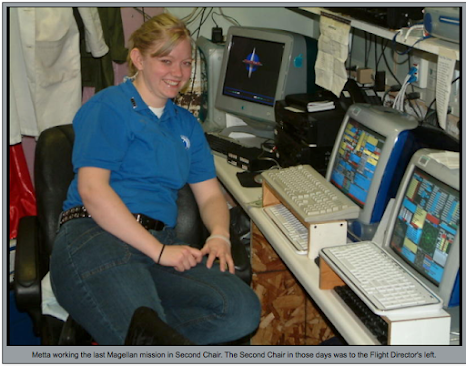 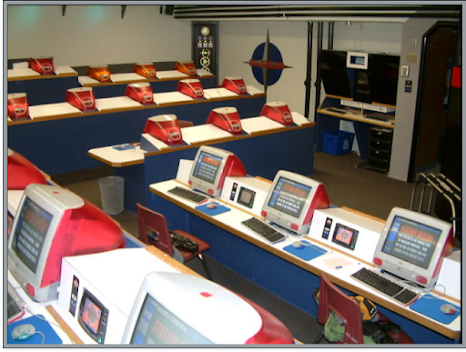 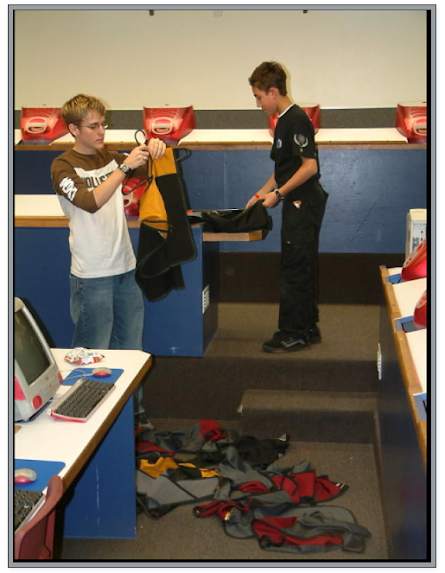 Steven Bristow and Warren Nuila folding the Magellan's uniforms at the end of the last mission. 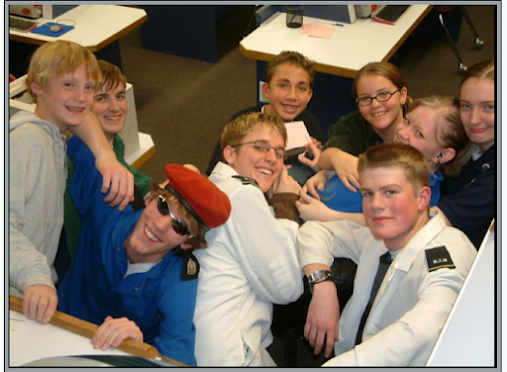 The last picture.  What a team. What great memories. Megan's face sums it up..... Does anyone know who the two young volunteers were?
The remodelled Magellan opened in the spring of 2006 and closed permanently for demolition in May 2020. 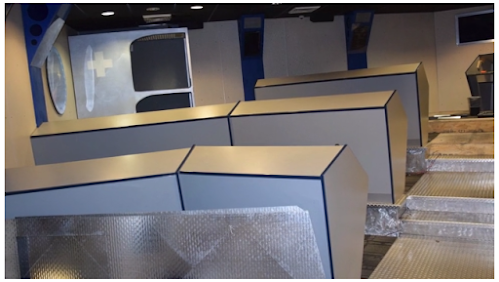 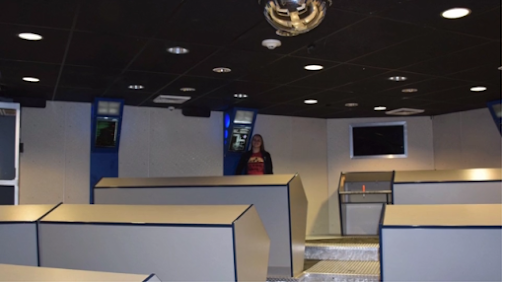 The Magellan has always had a history of great story telling.  That tradition will continue with the new Magellan.
Welcome to the fleet of Space EdVentures simulators Magellan II.
Mr. Williamson
Imaginarium Theater Archives
The Week's Best Videos From Around the World Edited for a Gentler Audience
Posted by Space Camp Utah at 10:58 AM No comments:

Don't forget to come by and say hello to the Christa McAuliffe Space Center's new simulators, planetarium, staff, and volunteers this Saturday, May 8 from 10:00 A.M. to 2:00 P.M.  I'd love to see you old time staff and volunteers.  If you're lucky you'll get to meet the oldest staff from 30 years ago!  Yes, we're still around, and yes we still haunt this place from time to time (most Saturday afternoons for me).

Nathan King did a good job on this makeover.  The Lion's Gate Space Center is open for private missions and booking summer camps.  Stop by and browse through their new website.

This Week's Best Videos from Around the World.. Edited for a Gentler Audience

Posted by Space Camp Utah at 12:01 PM No comments: