Casey and Skyler will also continue their work with InfiniD, where they will focus their efforts on InfinD computer lab simulators in schools nationwide. InfiniD moves ahead doing what it does best and Telos Academy is able to move forward with their goals of using simulator based education in meeting their student's curriculum and treatment needs while providing a service to the community as a whole. 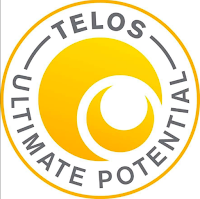 Over 20 years ago, I had an experience that affected me in a profound way: I flew my first mission on the Voyager at the Christa McAuliffe Space Education Center, with Victor Williamson at the helm as the flight director. From there, I had numerous experiences with Victor and the CMSEC, and I found that my interactions there not only sparked my imagination, but they shaped my character and helped me learn and grow through the emotional turmoil of my adolescence. I can honestly say that I am a healthier, more functional, better balanced adult because of those experiences, and I look back on them still with a sense of awe and gratitude.
I have since grown into adulthood and developed into a professional: a scientist, a therapist, an educator, an author, a business man, and a leader. And with these new lenses in my life, I have looked back upon what Victor created, and have recognized that what he has been accomplishing far exceeds even his vision and his understanding. Beyond education, what he has created is both a powerful, experiential, therapeutic experience and a supportive community.

Six years ago, I began developing the idea for Telos U with my partners. We knew we wanted to innovate in our efforts to help young adults who are struggling to transition into adult roles and teens who struggle with learning disabilities, processing issues, and mental health struggles like anxiety and depression. My mind kept turning again and again to Victor and the CMSEC, and it became clear to me that we could build upon his vision and make space simulations and active, intentional therapeutic tool for executive function training, exposure therapy, psychodrama, and a wide variety of other therapeutic applications. So, when we began to build Telos U, we included a simulator in our building plans. The USS Hyperion currently exists as a framework, and will begin complete construction soon.

When we learned of the possibility of starting the Telos Discovery Space Center, it seemed like such a natural fit. Our vision is to build upon the wonderful work they have done, and further develop the intentional therapeutic elements that are involved. Furthermore, our use of the Telos Discovery Space Center will allow us more opportunities to conduct research to show the academic and emotional benefits of space simulation education and adventure therapy, thus providing the data that school districts often demand when considering the possibility of building their own simulators.
Victor's ideas have been decades ahead of their time. We are very pleased to join in the effort to help them continue to grow, evolve, and become available to many more people. We look forward to our involvement and collaboration with the space center community!


In the space center community we all have our role that needs to be performed to spread this wonderful concept that Mr. Williamson (Vic) has been practicing his entire career. Our goal is to allow every teacher to have the resources available to give their students the 'out of this world' experiences that Vic gave to his students.
We determined that ramping down the Discovery Space Center, but helping with the formation of a new company with competent partners would allow us to focus on the enormous task of creating and distributing missions to students everywhere. InfiniD Learning is the software, mission, and curriculum engine that will power all Telos Discovery Space Center programs.

InfiniD is excited about the chance to work with the incredibly talented and passionate people from Telos U. We know that our partnership will allow us focus on creating the missions needed to inspire students, while still ensuring the growth of the space center programs.

This is a symbotic collaboration between InfiniD and Telos.  Both organizations will work closely with each other to ensure mutual success.

I'm also pleased to announce that InfiniD has moved their headquarters to the new Telos campus in Vineyard, Utah.  Casey, Skyler, Brandon, and company have their desks on the same floor as Telos Academy's Hyperion simulator which is currently under construction.

Congratulations to all parties involved.  I can't wait to see what will come next and rest assured, The Troubadour will be on hand to bring you the news as it has done for the past nine years.

Now, how about a few more pictures for the historical record. Everyone who knows me knows how important the space center movement is to me.  This blog is my way of documenting the history of this educational initiative started thirty-four years ago with a half crazy teacher, an overhead projector, a boom box cassette player and a dream. 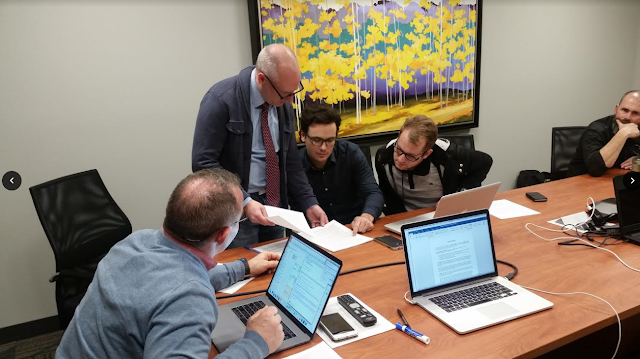 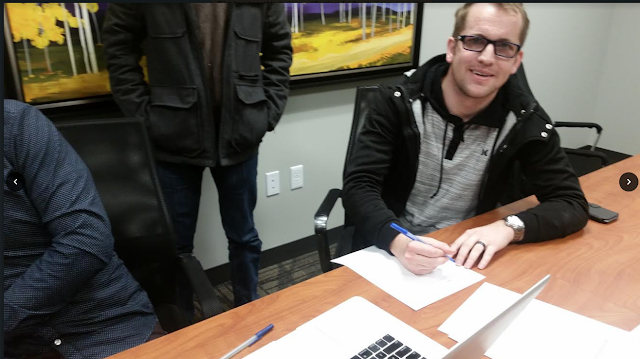 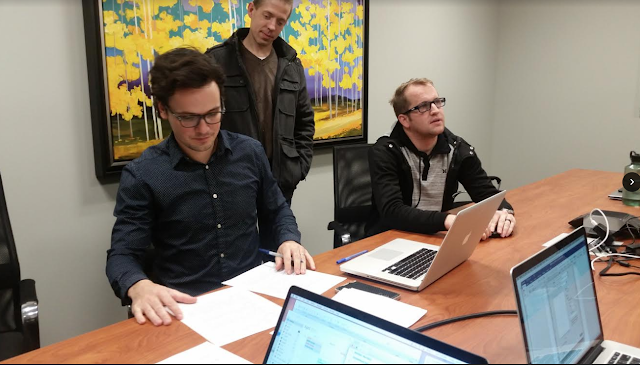 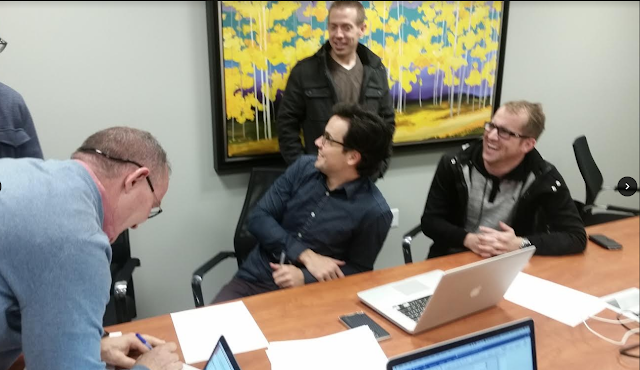