Writing good stories is the greatest challenge facing anyone who wants to build their own simulator or Space Center.  Regular science fiction, the kind you find published in paperback, won't work; neither will science fiction movie scripts.  These stories are all character driven - meaning the plot of the story is moved forward and explained through the interaction of the characters.  That doesn't work at the Space Center.  Our stories cannot be character driven because of the interactive nature of the mission itself.

Space Center stories focus on the three elements of literature:  Man against Man,  Man against Nature and Man against himself.  Necessary story information is sent out by computer onto the simulator's work stations or main viewer instead of through major characters.  The story slows or even stops if that information isn't seen and understood by the crew.  We've developed ways to get around a distracted crew, but those detours must be thought out before the mission is told and written into a mission script.

As we prepare new stories for our simulators, I'd like our staff, volunteers and Flight Directors to use accurate information regarding nearby stars and the new planets being discovered orbiting them.  The following diagram, taken from Space.com,  shows what the Kepler telescope has discovered to date: 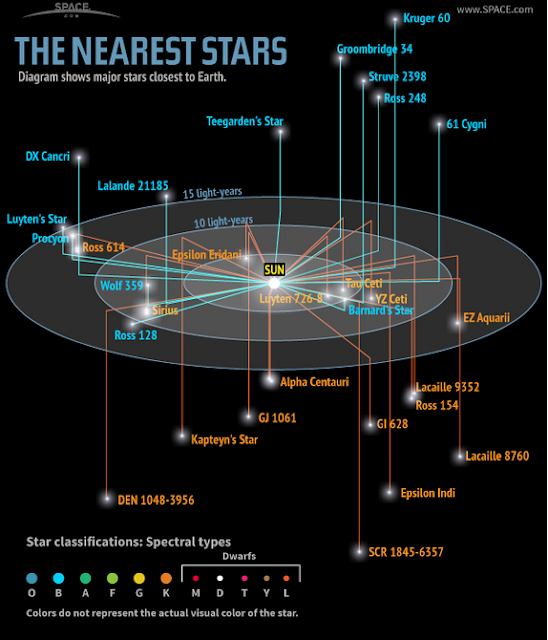 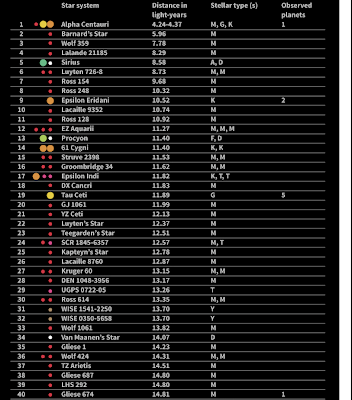 I'm directing our stories use nearby stars and planets for their settings (whenever possible) or at least include them in the fabric of their missions;  places for resupply for instance.

A commentary on the Starship Enterprise's interior design in the upcoming movie. 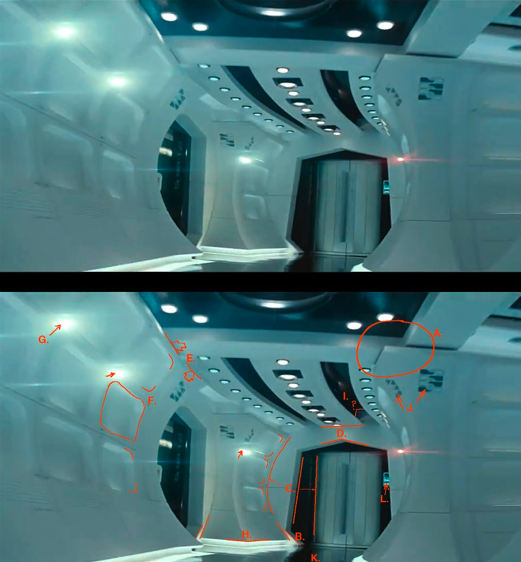 Well,… JJ is at it again, in this latest Star Trek trailer, which gives us a good look at a good example of what should avoid when designing interior spaces for film.

A. Unexplainable odd corners & junctions. B. Angles that are awkwardly close to being the same but really aren’t. C. Angles that don’t actually relate to one another, ie. curves against angles against perpendiculars. D. More ...of the same… peaked archways between a flat overhead and flat door header. E. Wall-tops that tuck behind some ceiling pieces and then overlap them. F. Rectangles with curved corners that relate to no other form in the scene. G. With thirty separate ceiling lights in this shot, why are these other glaring lights needed? Are they only there to provide an excuse for even more senseless lens flares? H. Ankle-level sharply pointed corners that again relate to nothing else in the scene, except (occasionally) a pointed wall corner above? With the baseboard undercut, you know there has to be a lot of people with damaged ankles & shins hobbling around these corridors. I. The odd overhead recesses? Do they seem to have a purpose? Does a spaceship have room for decorative details that high? J. Graphics that are way too high to read. A deck that is made from one continuous piece and is so slippery that gum won’t stick to it, not to mention shoes. L. Control panels that are just under six feet off the deck. Is everyone aboard tall enough to reach these?

We have within our technological reach the ability to build the 1st generation of the USS Enterprise. It ends up that this ship's inspiring form is quite functional. This will be Earth's first gigawatt-class interplanetary spaceship with artificial gravity.   Read On

The Interior Sounds of the Spacestation

If you've ever wondered what it's like to live on a hunk of metal orbiting the Earth at hundreds of miles an hour, Col. Chris Hadfield has an answer for you.  Read On

Will 2013 Bring the Discovery of the First True Earth Like Planet?

The first truly Earth-like alien planet is likely to be spotted next year, an epic discovery that would cause humanity to reassess its place in the universe.  Read On 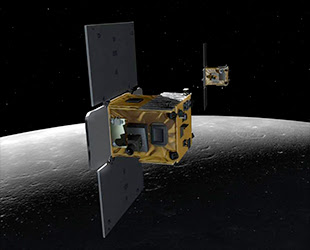 Ebb and Flow, the twin GRAIL satellites over the Moon.

SpaceX made further progress on its Grasshopper rocket program on December 17. In a 29-second flight, the 10-story tall Grasshopper rocket (a Falcon 9 first stage with Merlin engine) made a 40 meter flight up, then hovered, and then landed safely in the upright position! Watch the cool video on Parabolic Arc's website here:  http://www.parabolicarc.com/2012/12/23/spacexs-grasshopper-flies-to-40-meters/

CBC/Canada has a good article on the docking of Soyuz TMA-07M at the ISS.  Crewmember Chris Hadfield, a Canadian astronaut, will become the Expedition 35 commander in March:  http://www.cbc.ca/news/canada/story/2012/12/21/tech-hadfield-space-station.html

CollectSace published a nice article about the end of the GRAIL mission over the Moon. The twin satellites Ebb and Flow made a planned crash into the lunar surface on December 17. Information about their incredible mission here:  http://www.collectspace.com/news/news-121712a.html

A new LANDSAT satellite is on its way to the Vandenberg AFB in California for an upcoming flight.  http://spaceflightnow.com/atlas/av035/arrival.html  The LANDSAT 5 satellite will be decommissioned in a few more months.


The Imaginarium:
The Troubadour's Celebration of all things Creative and Imaginative. 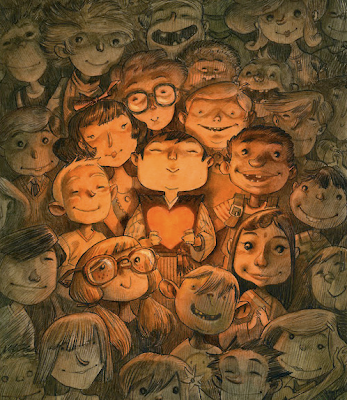 Have you noticed that people in general are naturally drawn to the people in their social circles who have warm hearts, fun personalities and are slow to judge?
There is something to be learned from that. 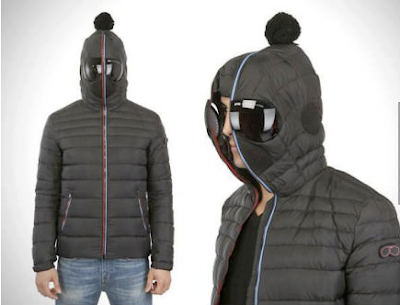 Creativity: A
This jacket was sorely needed during my time on the driveway with shovel in hand. 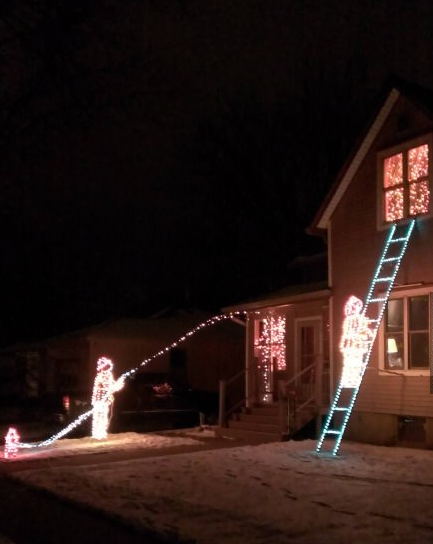 A fireman's Christmas decorations.
Imagination: A 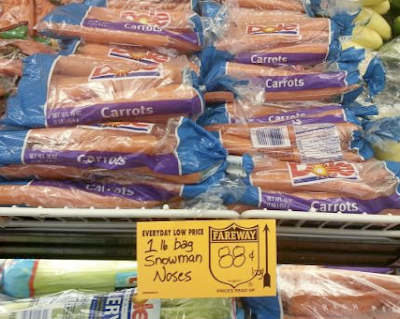 Imagination: A
I've said it once, I'll say it again.  I'd go out of my way to shop at store like this. 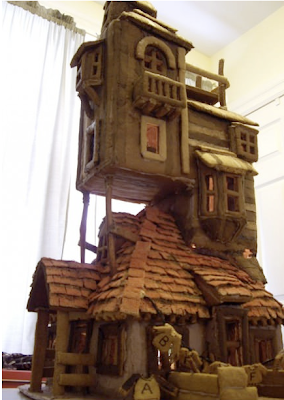 The Weasley's home in gingerbread. 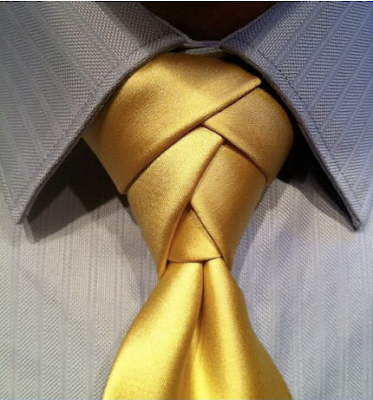 A different way to tie a tie.
I'm trying to learn.
I'll let you know how it goes. 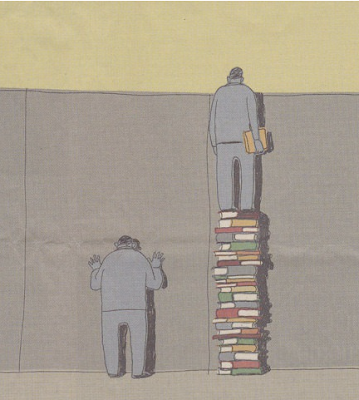 This is what reading can do for you. 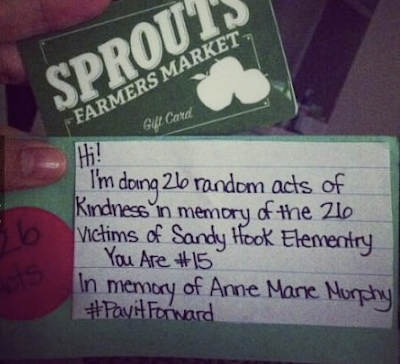 I have a Facebook friend who experienced someone else's random act of kindness.
The lady in front of him in the line at Starbucks paid for his drink.
We may not be able to do 26 acts of kindness, but we can at least do one or two.
Let me know how it goes. 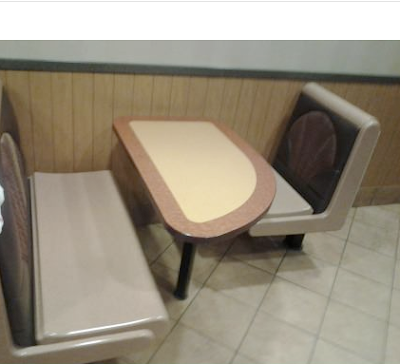 Perfect seating at for the third wheel at a fast food restaurant. 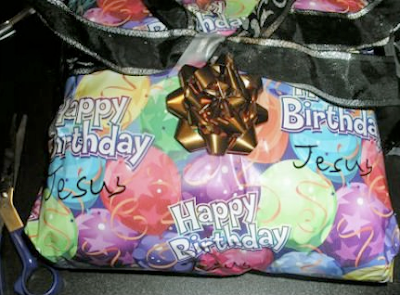 A creative way to deal with too many presents  and not enough Christmas gift wrapping paper. 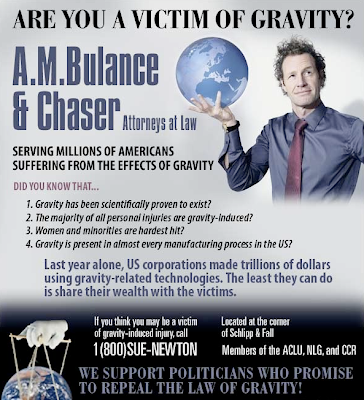 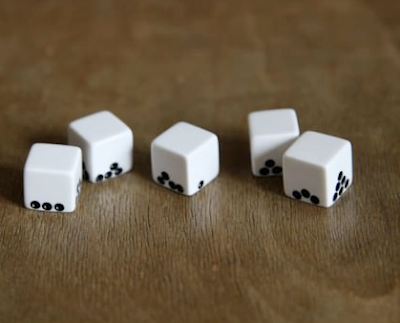 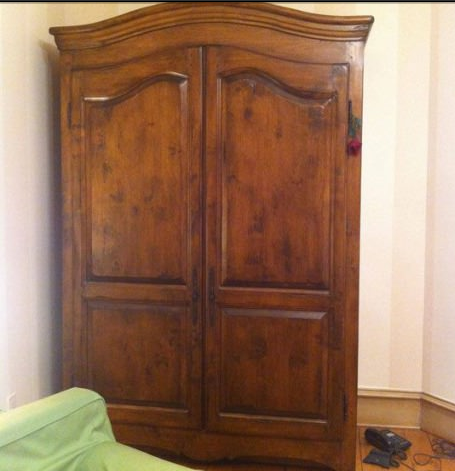 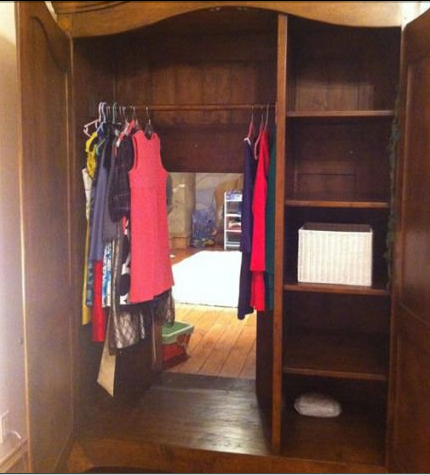 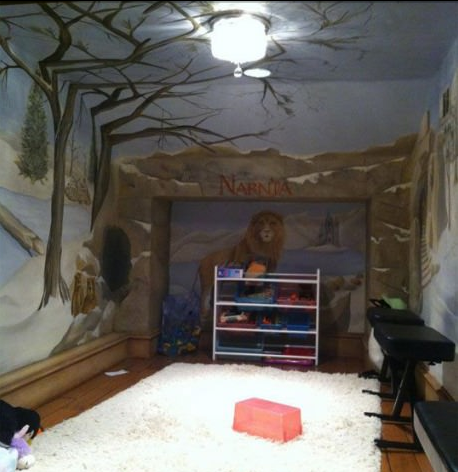 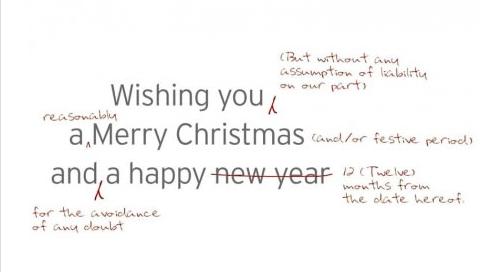 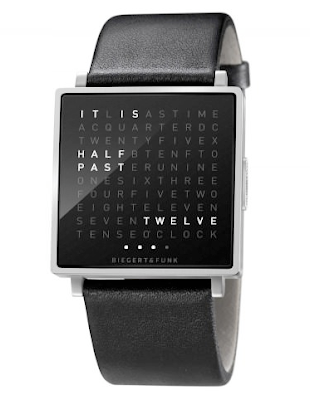 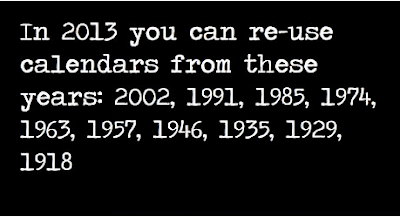 Just in case you've got one laying about the place. 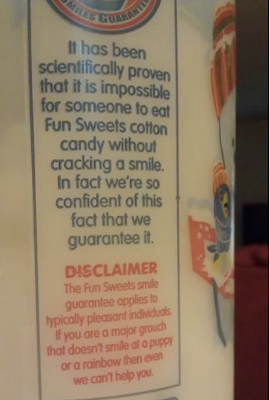 From the side of a cotton candy container. 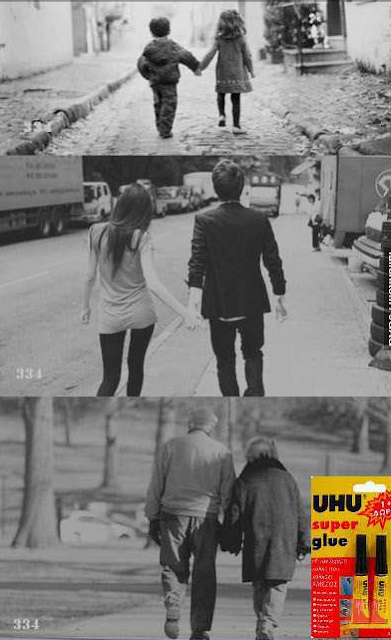 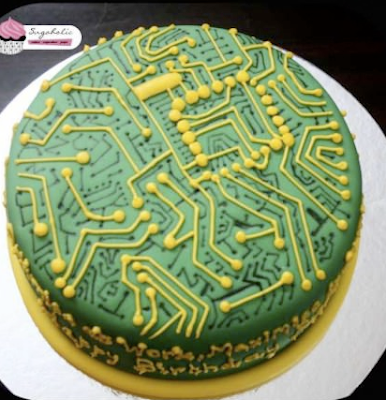 A circuit board cake.

wait, we have to memorize all those stars....