The Space Center's Walls Shook and Almost Came Down, Thanks Christine. Timelapse of the CMSC's New Planetarium Dome. Space Center Artwork. The Sixth Simulator Soon to be Named. Imaginarium Theater.

Things are moving along nicely at the Christa McAuliffe Space Center.  Word is the new space center should be open in less than two months.  I've been tracking it closely on the Space Center's Facebook page.  By the way, the CMSC is close to reaching its goal of 5000 Facebook likes.  If you haven't already "Liked" the page, please do so now.  Once that goal is reached James will announce the name of the sixth simulator.  https://www.facebook.com/asdspacecenter

"To the many people asking when we are going to be open again, we are crossing our fingers for no delays and hope to be flying again less than 2 months from now.
Our staff have been working hard on developing content for the planetarium, building updated models of our ships, refining the story universe we operate within, and so many other projects.
It's time to start spreading the excitement that the end is in sight. We use our Facebook page to announce new developments, special offers and discounts, and fun news relating to our program. We set a goal to reach 5,000 followers and we are just 170 friends away. As a part of that goal we said we would reveal the last ship of our fleet and gave a bit of a teaser pictured below. So to encourage you to share our page with your friends we'll reveal a bit more to the puzzle. Here's what the model of our new ship looked like over a year ago.
Help spread the joy of our program by visiting our page, clicking the three little dots . . . and INVITE FRIENDS!" 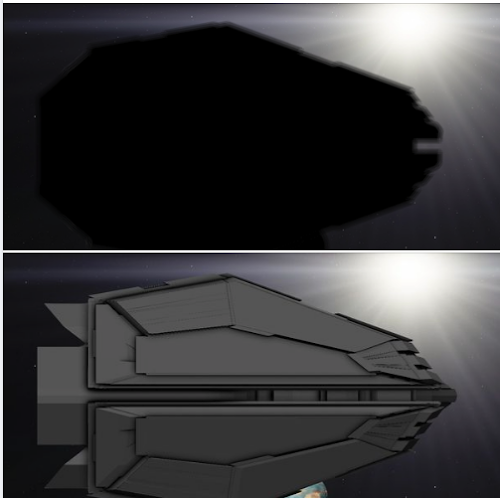 Here are the latest updates from the CMSC.  Let's start with a video time lapse of the planetarium dome construction. 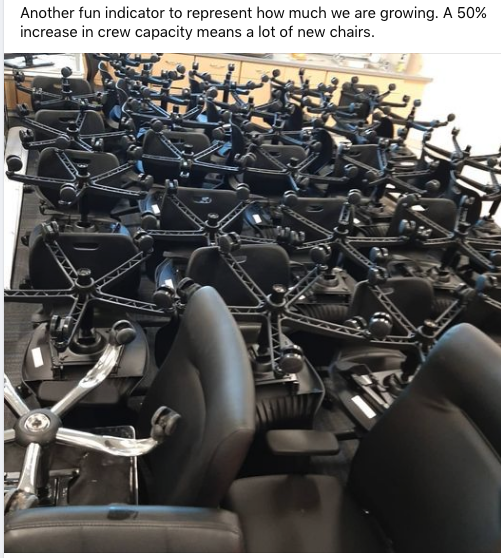 Audrey Henricksen did a few sketches of the simulators all of you grew up to love.  Thanks Audrey! 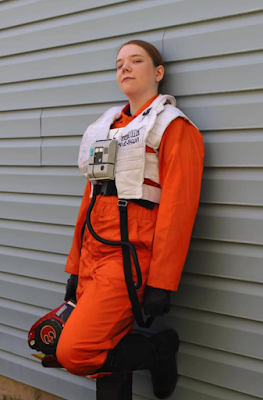 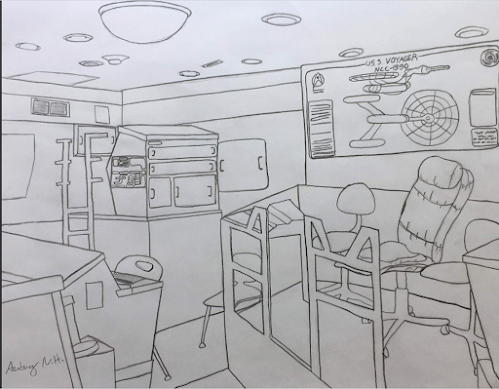 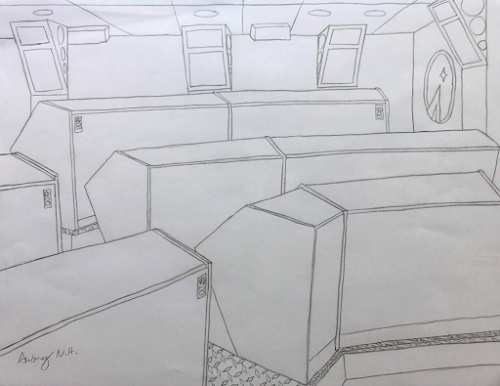 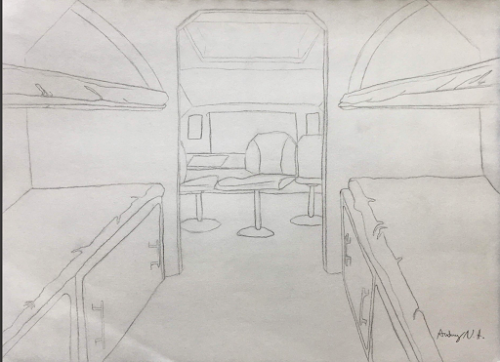 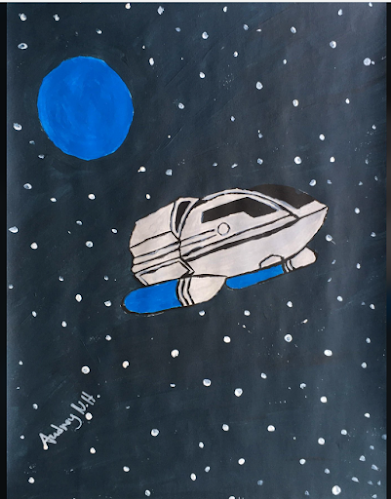 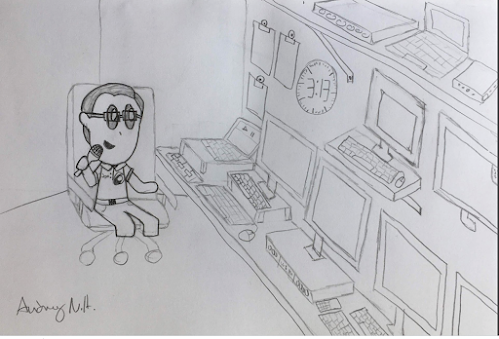 Jon Parker, the flight director with the always present smile

Ten Years Ago this Week on The Troubadour. 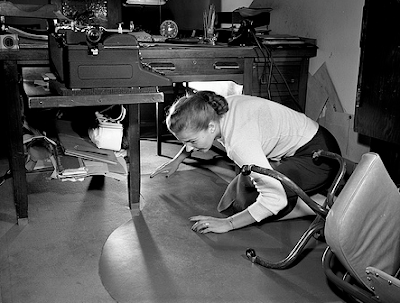 At 9:40 A.M. Saturday last the walls of the Space Center shook. In fact, the tremors were felt throughout the Imaginarium and Wonderland. I was sitting at my desk working on the September Volunteering and Staff schedule when the shaking started.

The jolt was preceded by Christine Grosland, one of the Odyssey's Flight Directors, announcing to her crew that they had successfully finished their Overnight Mission. A millisecond later there arouse a sound from the bowels of the Odyssey rarely heard at such a deafening volume. The cheering was so enthusiastic and energetic it caused my desk to rattle. The light fixtures overhead shook, sending me in a panic under my desk to cower in fear the fluorescent light bulbs would explode and shower my desk and chair with shards of glass.

"What the ..." Alex Anderson shouted from the Phoenix Control Room. "Christine has triggered the Big One."
In a panic so unlike his normally placid self, Alex shoved his young staff out of the way so he could stand in the doorway for protection. "It's every man for himself," he spat, wildly kicking at anyone who came near him. "Flight Directors are more important than volunteers when the ship is going down!"
The cheering continued for what seemed like minutes. Dust from the overhead rafters drifted downward like snowflakes. Ceiling tiles broke free and chairs bounced around the room like popcorn in a hot skillet. The youngest of our volunteers took hold of anything that seemed stable - their eyes, wide with shock. 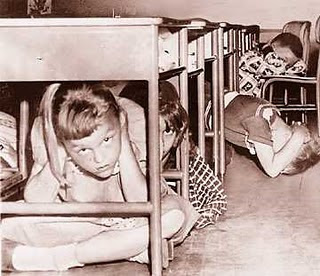 Students, attending Wonderland's School for the Imaginationally Deprived, dive for cover as the shaking started. These students are brought to Wonderland for specialized treatment designed to reignite their imaginations and creativity. For some, its too much TV, or video games. For others it is a lack of play. And for some, it is the result of their school's overemphasis on standardized testing.
After what seemed an eternity, the cheering stopped. The Odyssey went silent - the shaking stopped. It's said the Wasatch Fault moved a good six centimeters Saturday morning, thanks to Christine, her staff and the excellent job they did - which resulted in a cheer heard throughout Wonderland.

Needless to say, the Odyssey scored a perfect 1 across the board, the first for the summer season. Congratulations Christine and your staff. What an awesome job.

The Power of Imagination.

A short story by Yours Truly.  There was a time when I'd write short little stories like this to keep my imagination sharp and in good repair for when I'd need to write those simulator missions. 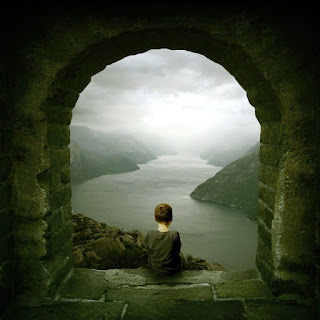 Samuel Cooper. Age 10. Returned home from school at 3:45 P.M. He enjoyed a cookie taken without his mother's permission at 3:47 P.M. and at 3:49 P.M. stood in the refrigerator's doorway and drank directly from the milk carton - a serious no no. At 3:52 Samuel sat on the front porch of his home on Elm Street in Eugene Oregon. At 4:00 P.M. Samuel closed his eyes and accessed his direct link to Wonderland's Imaginarium. At 4:01 he relocated.
Samuel Cooper, Age 10 sat on a stone windowsill enjoying the scenery and calm of the fjord. A smell introduced itself from behind - embedded in the musty smell of moss on stone. Something familiar and dangerously foul. He had one hour before mother would call him for dinner. It was time to act......
Imaginarium Theater