The USS Cassini Opens at the Christa McAuliffe Space Center. The Space Place at Renaissance Academy Welcomes Back the Voyager's Student Staff and Volunteers. Virtual Field Trips at the Space Center. Imaginarium Theater.

One by one the six new starship simulators are opening at the Christa McAuliffe Space Center in Pleasant Grove.  The Cassini set sail with her first crew Saturday morning, April 17 under the watchful care of Jon Parker, Set Director. 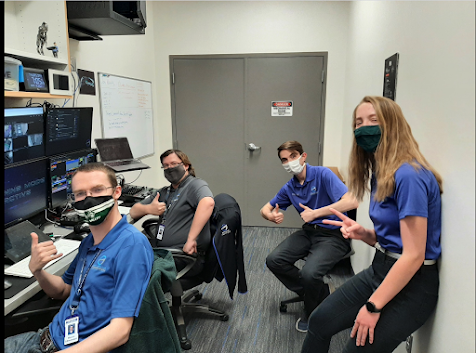 One thing you'll appreciate about the Cassini is the generous room allocated the simulator's control room.  There is room to stretch out and relax along with extra room for visiting guest observers.  The Cassini is power by Alex Anderson's Thorium software. 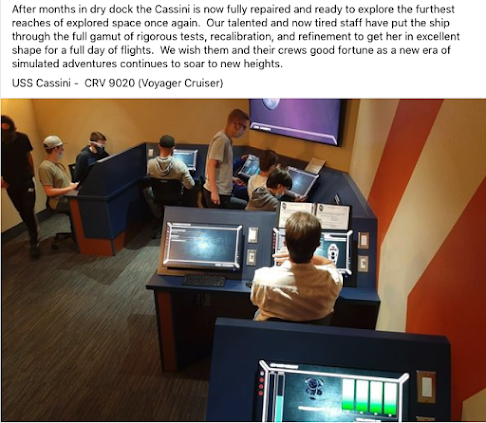 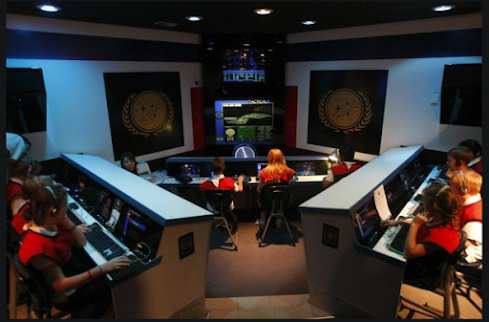 The Cassini was inspired by the Voyager.  You have your center stations flanked on the left and right by the left wing and right wing stations.  The Voyager's stations were on different levels.  The Cassini's stations are all on the same level as per the architect's instructions.  Regardless, the  spirit of the Voyager is there in the design.
In addition to the layout, Jon Parker has another goal for the new Cassini. Jon wants the Cassini to bring back the Voyager's old missions from the last three decades.  I stopped by the visit Jon and the Cassini Friday and found him telling "Cry from the Dark" to a young birthday party group.
The Cassini has a small engineering room just off the bridge.
The room is equipped with one of the Center's new dial and switch panels. 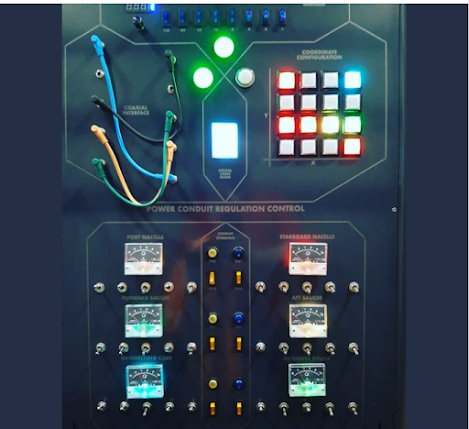 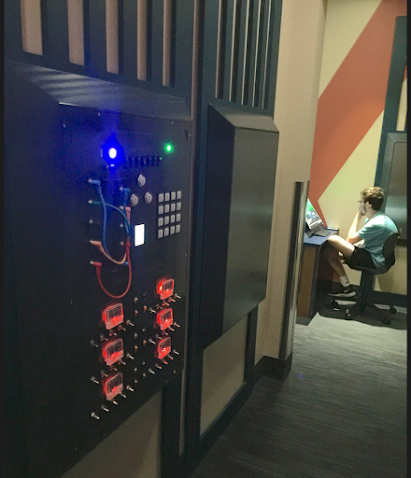 Speaking of "Cry from the Dark", I enjoyed hearing Jon lead the crew through the mission.  I wrote "Cry.." years ago as a school field trip mission, and just as long ago since I've directed the mission.  Jon runs those old flight just the way I did all those years ago.  It's like stepping into a time machine when I watch him flight direct.  The old ways are the right ways for sure!

The Cassini is open for private missions.  Visit the Space Center's web site to book one for yourself and friends.  Time to relive those old Voyager missions!
The Space Place at Renaissance Academy Welcomes Back the Voyager's Student Staff and Volunteers

Bracken Funk, Lajana Funk, and Parriss King were busy Friday getting the Starship Voyager ready to fly. Bracken has been busy with the ship's Thorium software. His goal is to make the Voyager automated enough so one person can fly it in the Control Room, and we are nearly there.
Friday was the day to bring in a small group of Space Place student volunteers. Mark, Brandon, Nathan, and Jackson were called in to man the bridge.  Bracken, Parriss, Lajana, and I staffed the Control Room.  Supernova was the mission chosen to put the Voyager through its paces. We wanted to push the controls to the point of breaking. I ran the microphone and directed the mission while Bracken worked the flight computers changing this and tweeking that. 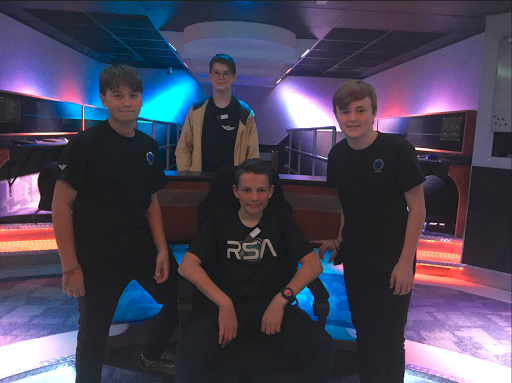 The Voyager ran beautifully. The fine tuning was minimal and yes, that pesky Dr. Jenkins got aboard the ship once again despite security's best efforts.  The flight ended at the Cardilir Neutral Zone border to be picked up the following day with a larger crew.
The Voyager Shakedown Mission continued Saturday at 3:00 P.M. with a larger crew of outstanding Space Place volunteers.  Renaissance Academy's students are excited to see the Voyager being made ready to open again and are ready to once again wear their Young Astronaut Club shirts.
Victor
The Christa McAuliffe Space Center is Offering Virtual Planetarium Field Trips to Schools. 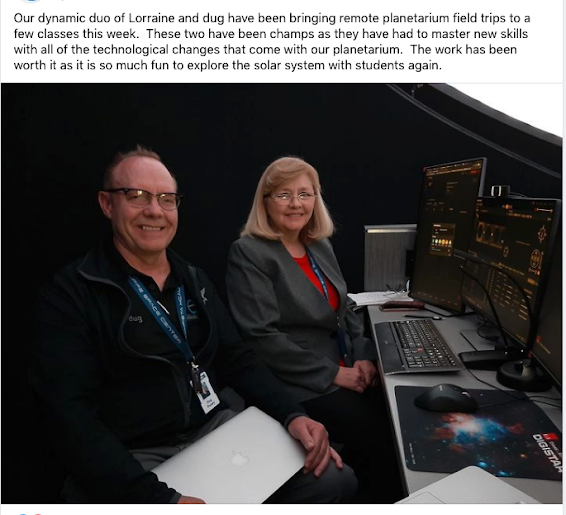 Imaginarium Theater
The Best Videos From Around the World Edited for a Gentler Audience
Posted by Space Camp Utah at 11:48 AM