What a Difference We Can Make! This Week's Imaginarium Theater 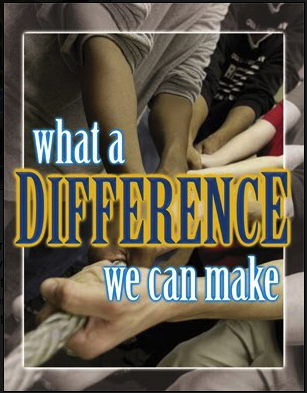 Hello Troops,Below this paragraph is a testimonial and thank you letter I received from a teacher several years back when I was the director. I'm reposted it today as a reminder to everyone in our line of work that what we do can and does make a difference in young people's lives.

We don't get a lot of feedback from our teachers, students and campers. They cheer and clap after a field trip, private mission or camp and they leave. It is nice when someone takes the time to send an email telling us they appreciated the experience and how it affected them. Letters like this energized us and make us want to work harder to created the best field trip and camp possible with our limited resources. After all, what are we after? World domination of course........Is that too much to ask?Mr. W.And Now the Teacher's Letter:Dear Space Center,It is has been 7-8 years since I took a classroom to Space Camp. Of course, I haven't been teaching all that time. As a matter of fact, I have just gotten back into the field. I teach seventh grade homeroom at a conservative private school in American Fork. I am looking into the possibility of taking both seventh grades next year and was excited to hear that the curriculum would be the same as it was the last time I went.Because I had recently heard about Space Camp, I decided to see if it would fit the curriculum of the private school I worked for back in 1999. The principal was excited about it, so I sent off for information. We were thrilled that the book I had chosen for my sixth grade that year was The Diary of Anne Frank and that the Camp curriculum was going to cover that same book. I set up a date for us to go in November of that same year. Our principal decided that the small seventh and eighth grade would accompany us.I worked with that teacher to set up the curriculum to include Science, Math, Language Arts, Music, Art, Literature, Spelling, Orthography/Penmanship, Speech/Oratory, Social Studies, Leadership and "Followership" Skills and PE. We started the day school started preparing our students for this experience. Although we used different student books and manuals, we were able to adjust the curriculum.The students were not easy to handle, as many of them had been with each other for several years, some for seven years! We and they kept notebooks of our work. When the day came, we did our culminating activity and went to "after-school Space Camp."It was fascinating to watch the class become a team during the two and one-half hour mission. However, what was phenomenal were the next days, the next weeks, the next months. These students had been somewhat surly in their approach to each other and me during the first several months of school. The next day, students who had had hard feelings, negative reactions to each other and to me, had been "re-born" because of this two and one-half hour experience. They were much more positive towards others in class and out. The looked for ways to help each other have positive experiences with learning.They had a strong desire to learn, to be a part of a team, to look for ways to help me and they wanted to do their best. They were not little angels all the time, but they recognized that they could change and that it was a better change for them. I had"new" students the rest of the year in more ways than one. Whenever a student came in who was new to seventh grade, my other students looked for ways to help them acclimate. They all gathered round those who had difficult or hard times during the rest of the year. It was a joy to behold!Since this experience, I have had both parents and students of that seventh grade write to me expressing that this experience was a turning point in lives. Many of thesesame students are now full-ride scholarship students at great universities, working on Doctorates. Others greet me on the street, telling me that that is one of the greatest experiences they have had in their lives, that they remind those with whom they come in contact with about this experience and are now "missionaries" for Space Camp, just like me!!!What more can I say except what I have already said? I have said this in such a hurry that I hope that I have not been too incoherent!!!ENGAGE!!!!! (as Commander Pickard used to say)Mrs. Sharon S.