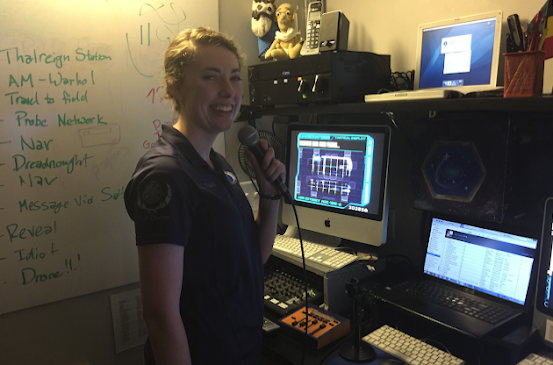 In August 2018 Mr. James Porter appointed Tabitha Ricks to the position of Space Center Outreach Coordinator. In doing so, he relieved himself from the day to day work of overseeing the Center's volunteer program. That decision has been regarded by most to be the best decision he's made in his career as Space Center Director.  Tabitha took the job and ran with it. 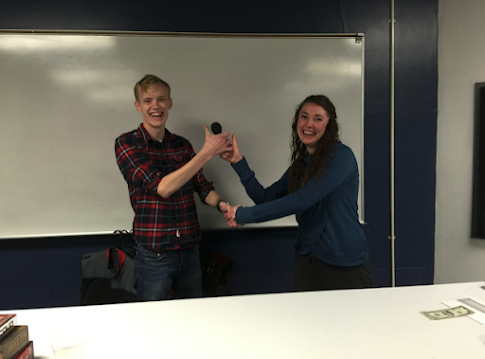 Running a volunteer organization isn't easy, and I speak from years of experience, especially during a massive upheaval to an organization. During her reign the Space Center was demolished and a new Center constructed.  With the new Center came six awesome simulators and a planetarium - all of which needed a steady flow of volunteers.  The volunteer core needed to expand, and quickly. 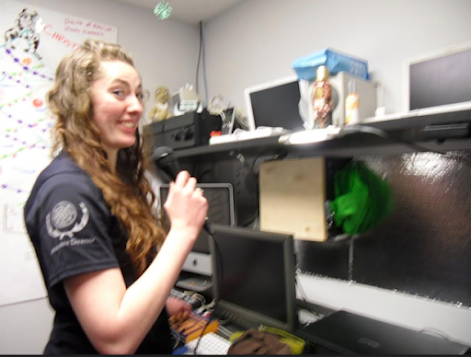 In addition to the volunteer organization, Tabitha was tasked with creating new departments to support the Space Center's programs.  The Engineering and Acting Departments were created with a few more in the works.

Now, with all that in her "In Basket" Tabitha got married to Matt Ricks, another Space Center legend. The family has grown to three with the arrival of a cute baby girl.  It was then that a little voice in Tabitha's head told her it was time to pass the torch to someone else and devote more time to her family and other interests (Matt does need a bit of extra care :) 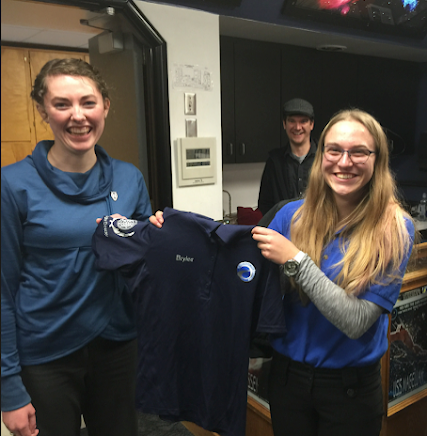 And so, it is with heavy heart that The Troubadour announces that Tabitha Ricks will be stepping down from her position as Outreach Coordinator.  She is NOT retiring from the Space Center as was previously reported by an inept reported who needs to get his facts straight before posting (honestly, the guy should be fired), she is only trimming back on a few of her duties.  A rest well earned for sure.

So we will still see Tabitha at the Center doing an undecided number of things, one of which will be staring uncomfortably over the shoulder of her replacement to ensure the well oiled machine called Outreach continues to run smoothly. 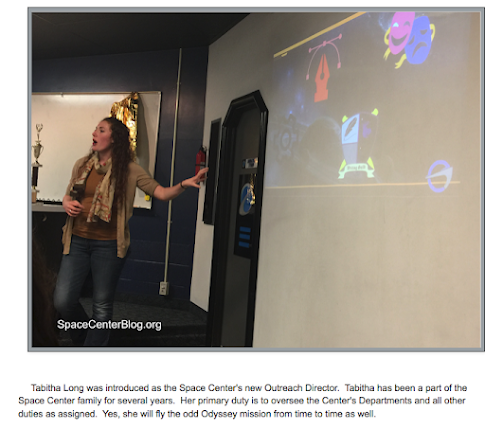 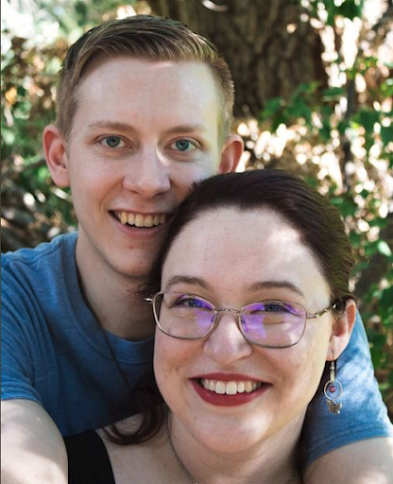 The Space Center's Planetarium was placed in the caring hands of Brylee Smith last week.  Mr. James Porter made the announcement was given over the Center's intra communication system and intercepted by The Troubadour's agents at our listening center near Point of the Mountain.  What does "placed in the caring hands" mean?  It means that Brylee is the planetarium's Set Director.
Brylee's time at the Space Center is split between the Galileo and the Planetarium.  With this new responsibility, the Galileo will see less of her so Orion will need to learn to cope.  Personally I think it is a brilliant idea to put a flight director in a planetarium management role.
We can rest assured that Brylee will lead the upstairs people (planetarium) down to the dark recesses of the Center where the downstairs folk can be found lurking in the shadows in and around the simulators. I feel assured that both groups will find new and creative ways to collaborate.
Imaginarium Theater
The Best Videos From Around the World Edited for a Gentler Audience
Posted by Space Camp Utah at 11:21 AM