A New and Necessary Set of Space Center Terms. Photos of the Demolition of Central School and the Space Center. Imaginarium Theater (Now With Talkies).

Now that Central Elementary and the Christa McAuliffe
Space Center are demolished and the new school and Space Center are under construction, I'll need to make distinctions of what building I'm talking about and what ships.  Let's start with the school:


The Last Crews of the Fleet of Ships at CMSC 1990

James Porter recently did a Facebook post on the last crews to fly in the simulators of CMSC 1990.

The CMSC 1990 Meet's the Excavator

James Porter recently did a Facebook post showing the CMSC 1990's futile resistance against the power of a modern excavator (and we thought they were nearly invincible after all those space battles against such dark universal forces). 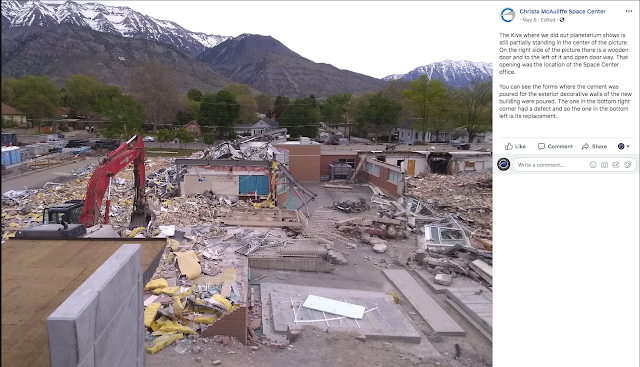 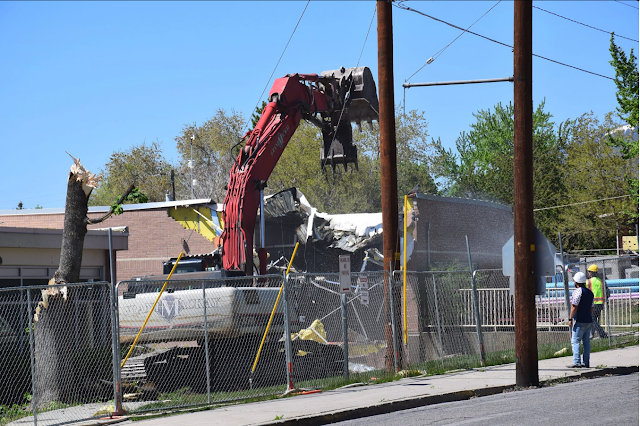 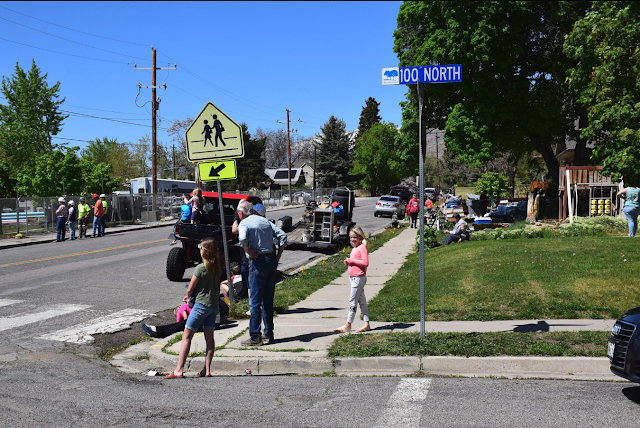 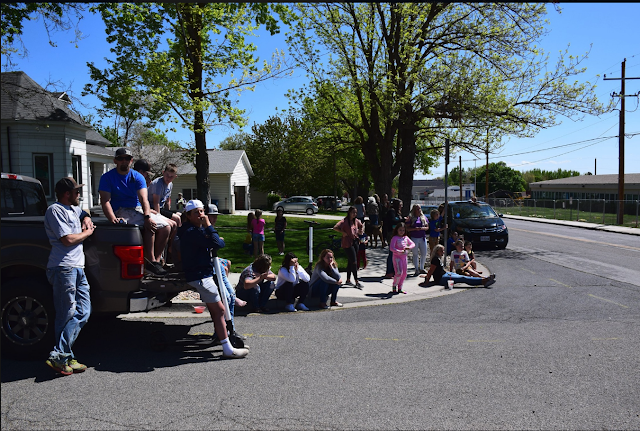 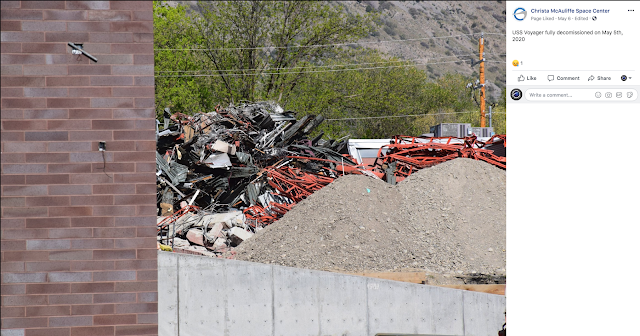 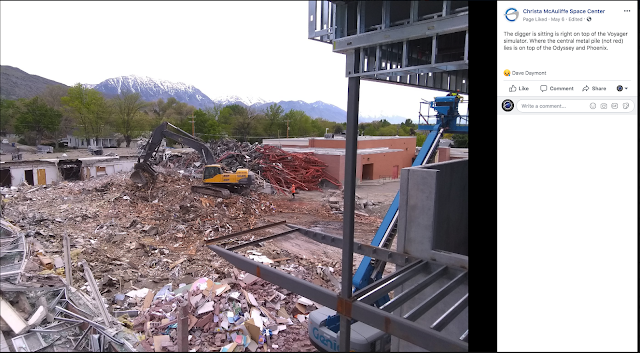 Imaginarium Theater May 17, 2020 from SpaceCampUtah's Imaginarium on Vimeo.
Posted by Space Camp Utah at 12:32 PM