See the Latest Pictures from the New Space Center Simulators. Awesome is the Only Word for Them. From the Archives. Ten Years Ago. Meet Admiral Schuler - the Terror of the Overnight Camps and Quiet Before Bed on the Overnight Camp. Also, the Imaginarium Theater. Enjoy.

The Latest Pictures of the CMSC

Name to Be Announced Simulator 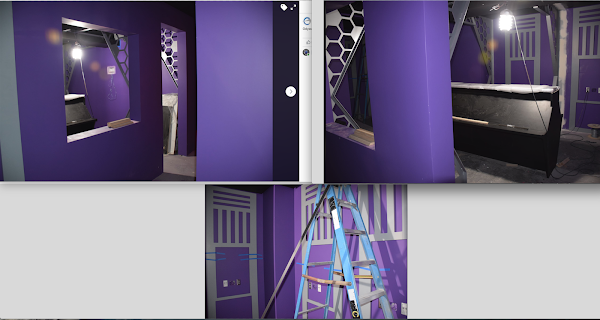 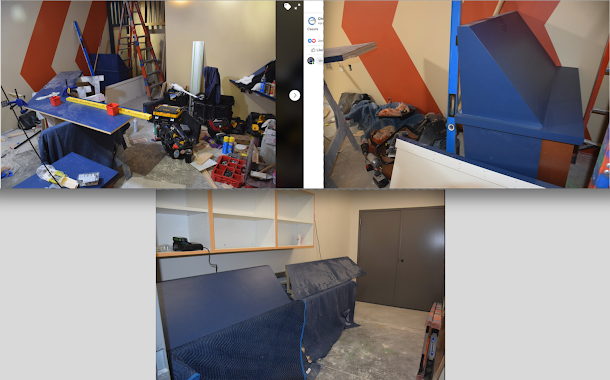 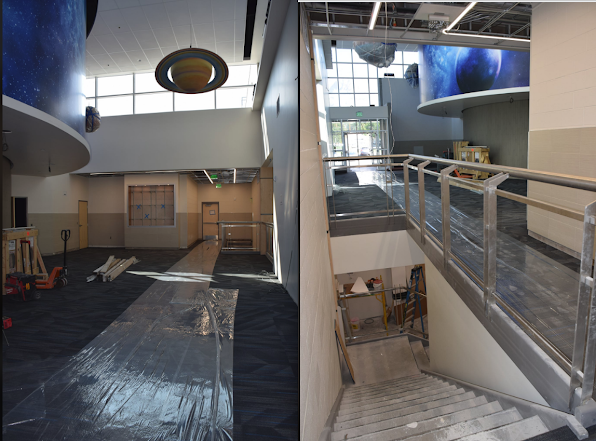 The Planetarium Level with Stairway to Starbase
A Sign on the Baseball Backstop Reminding Everyone that the Christa McAuliffe Space Center is About to Open. 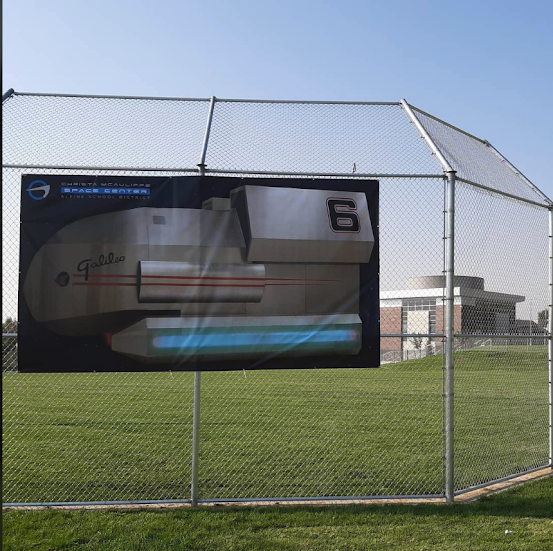 Pictures of the Old Space Center.

Hello Troops,
You're stepping in the Space Center's Way Back Machine to see the Space Center shortly after its opening in November 1990. The photographs are courtesy of Connor Paulson. He found them somewhere online. I'm thinking www.prehistoricschools.org. I'll do my best to describe what you're seeing. I'm sure you'll marvel at how far we've come over the last twenty years. 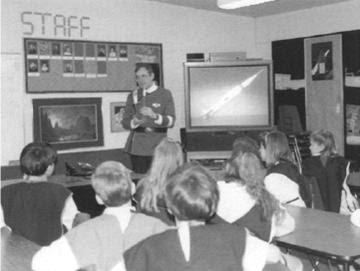 In 1990 the Space Center consisted of the Voyager simulator and the Briefing Room (where the Odyssey and Phoenix are today). In the photograph above you see Mr. Bill Schuler teaching a lesson on Space History. Bill is wearing a Star Trek uniform. During our early camps, Bill played Admiral Schuler. Every Overnight Camp started with Adm. Schuler's inspection of the Voyager. He'd walk up the spiral stairway to inspect the crew and the cleanliness of the ship. The crew would be smartly at attention. The Admiral scrutinized the carpet, looking for the slightest molecule of dust or grime. If found, he'd go into a rant.
"Captain. Look at this!" he'd say while pointing to a spec of something or another on the carpet. Of course the captain had to strain to see what the Admiral was talking about - which made it even funnier for those of us in the Control Room watching on the camera. "Captain, I could have tripped over that. Did you want me to trip over that pile of trash?"
Bill's exaggeration of the size of the spec of dust always caused one of the campers to chuckle. Oh, foolish child, that is exactly what the Admiral wanted. Bill worked the crew until someone laughed of snorted or made any sound he could latch onto like a bird on a power line.
The Admiral's unique homing device drew him straight to the disrespectful camper. The Admiral stood toe to toe with the the camper - bent at the waist so his nose was inches from the campers. "Did I say something amusing cadet?" he'd sneer. Bill exaggerated the movements of his mouth so droplet's of spittle would land on the camper's face.
"Captain, this ship is a disgrace to the fleet. You're not certified to take it out of Space Dock. Get it cleaned up and get your crew in order. I'll return shortly."
The Admiral walked off the bridge and down the spiral stairs. The campers always broke into laughter when they were sure he was out of earshot. That was my cue to enter the bridge and help them with the detailed cleaning. We'd also discuss the importance of staying in character - even during a grueling interrogation from the Admiral.
The Admiral would once again make his appearance and do his best to get someone out of character. This continued until the crew made it through without cracking. It took several tries, which ate up a lot of time, but well worth it. Besides, in those days overnight camps started at 5:00 P.M. and ended at 11:00 A.M. They included a pizza supper believe it or not. We had extra time to kill. In those days the missions ended for bed at midnight instead of 11:00 P.M. as they do now. They also cost $25.00 per person. Times have changed.......
In those days we only had the Voyager so half the overnight crew would be in the ship doing the mission while the other half attending classes. They'd rotate every hour or so.
Notice the big screen TV. Notice the bunks behind the TV? The Phoenix sits there today. Those bunks were reserved for the staff.
Notice the Staff Bulletin Board. Notice there about 15 places for pictures? That was the size of our staff in those days. All of them were volunteers. The most senior volunteers received a $5.00 gift card for working an overnight camp. It's because of this early volunteer staff the Center was able to save enough money to build and outfit the Odyssey (along with a $25,000 donation from US West).
Enjoy,
Mr. Williamson 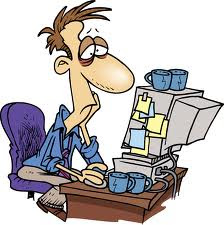 Another week gone. It's 11:37 P.M. and the campers are preparing for bed. I've got a few moments of peace and nearly quiet while Jon and Alex do battle in the Voyager. My shoes prop open the Briefing Room door leading to the school's hallway. AHHH, my toes are free to roam the wilderness of odds, ends and junk inhabiting the under areas of my desk.
We've had a great week at the Center. Secondary school's made up most of the field trips. I told a few Perikoi's, a couple of Cry from the Dark's and, my favorite for the week, three or four Midnight Rescues.
Bracken Funk finished the new tactical cards for the mission from his dorm room at Fresno State and sent them via the internet. I was so impressed with his work I went ahead and told the mission without knowing them properly. It was hit and miss but Jon was on hand to help. Lorraine was at video so I didn't need to focus on that.
Bracken's new cards do an excellent job bringing suspense and anticipation to the crew. These emotions springboard into the screams and shouts from which we flight directors feed. Great Job Bracken!
Strangely quiet in the Voyager right now. Jon may be telling stories in the Crew Quarters. His stories are always a favorite with our campers.
The junior high staff are in the Odyssey. The girls are tucked away in the gym under the ever watchful eye of Mrs. Houston and Metta. The high school boys are talking in the Discovery. They have their computers open and ipods playing. They can't live when unconnected from the matrix. What have we become.

Best go to bed. I'll need to get up earlier than usual tomorrow to make the donut run to WalMart.
I just checked the school's front door. We're locked and secure. Pleasant Grove sleeps quietly at the foot of Mt. Timpanogoes, reminding me its time to pull out my pad, blanket and pillow and spend another night on the floor in front of my desk, ever vigilant - or at least until blessed unconsciousness steals me away :)