The Christa McAuliffe Space Center Staff are Introduced to the Planetarium in a Brilliantly Executed Socially Distanced and Masked Way. What an Example to the Rest of Utah. See the Cassini's New Uniforms. Imaginarium Theater.

Saturday witnessed a gathering of Space EdVenturers at the new Christa McAuliffe Space Center in Pleasant Grove.  The executive level meeting was called by James Porter, director of the CMSC.  After months of construction it was time to show the results to the staff for their enthusiastic approval.  A second more important reason was to excite the troops and prepare them to return to work.  Many came in person, while others preferred to participate from a distance via Google Meet. 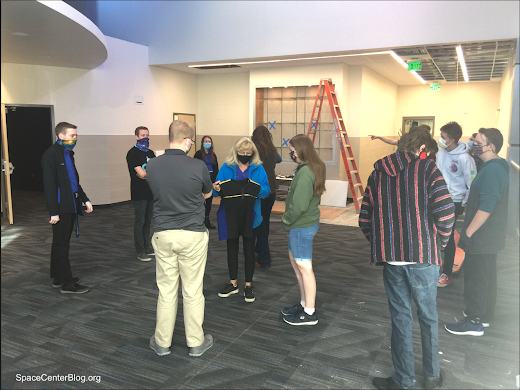 We met in the planetarium's lobby.  Audrey Henriksen brought one of the Cassini's new crew uniforms for Lorraine Houston's official inspection.  Audrey has assumed Lorraine's position as official outfitter of the Christa McAuliffe Space Center. 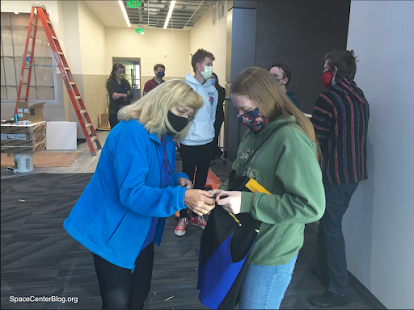 Lorraine was impressed with Audrey's skills as a seamstress.  The uniform was given her official stamp of approval. 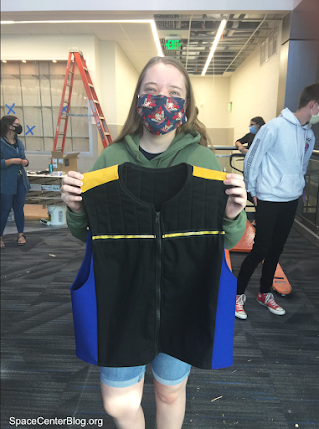 "Not so fast,"  Jon Parker had arrived and observed the proceedings from a distance.  "Let me see that uniform."  He stepped forward, took the uniform and gave it a good looking over.  He was careful to examine the stitching.  He pulled, prodded, poked, and teased the material looking for a potential flaw a youngling would be sure to discover and exploit.  After a moment or two he delivered his verdict.  "Very good Audrey.  This will do the Cassini proud." 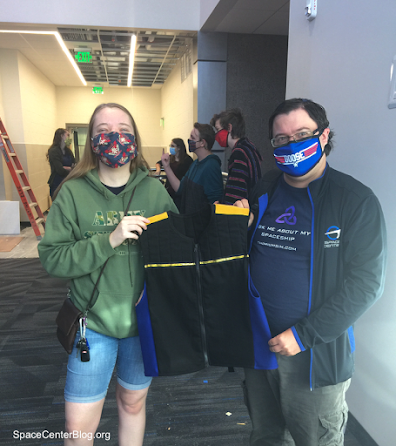 And with that said I took the picture.  You can't see the smiles hidden beneath the fabric, but I can assure you they were there . 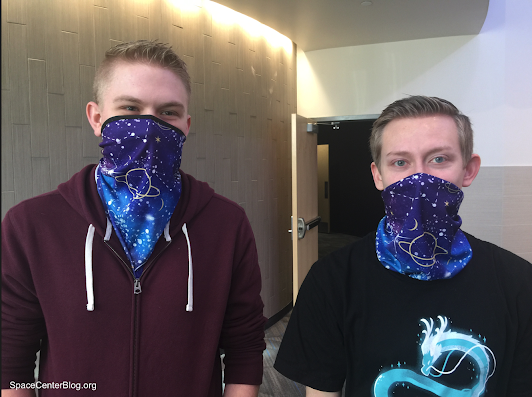 I heard someone clearing his throat.  I turned and found myself in the presence of the Space Center's resident Time Lord Mason Perry. Mason stood next to Jordan Smith, Phoenix Set Director.  Both will be responsible for the new Phoenix, risen from the ashes of the old.  It's obvious they wanted to make a statement at this gathering of Space EdVenturers.  The masks gave them away.  Both Mason and Jordan couldn't let the Cassini have its moment in the spotlight with Audrey's new uniforms. No, they had to try to steal the show with their simulator's official masks. I want to assure them their message was received and understood by Jon.  A little inter-ship rivalry never hurt anyone. 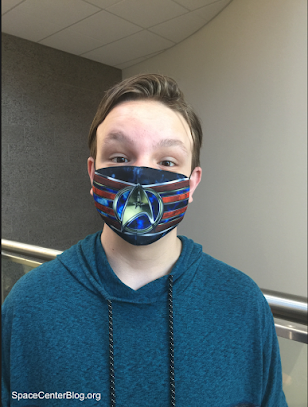 Speaking of masks, this one stood out far above the rest. Kudos to this masked man for his excellent choice of face covering.  My offer to trade fell upon deaf ears.  Obviously he didn't know who I was behind my plain black mask or perhaps I looked like reheated Covid - something he didn't want to risk. 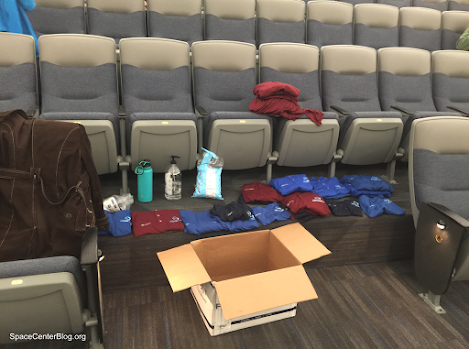 One of the highlights of the meeting was the distribution of new staff shirts.  There were two for yours truly in that bundle.
Yes, you'll see me scooting about the new Space Center on weekends looking for ways to get into trouble.  I think James Porter has a shock collar tucked away somewhere for me. A momentary shock will be all I need to keep me in line when I become too much of a distraction or a bother. 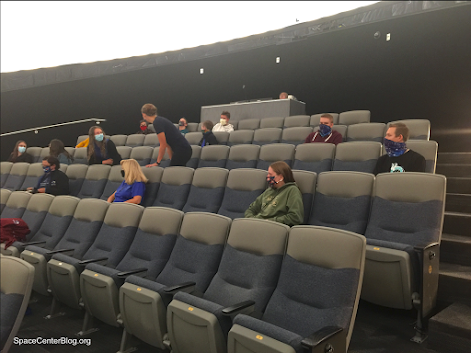 We met in the planetarium where social distancing was strictly enforced. 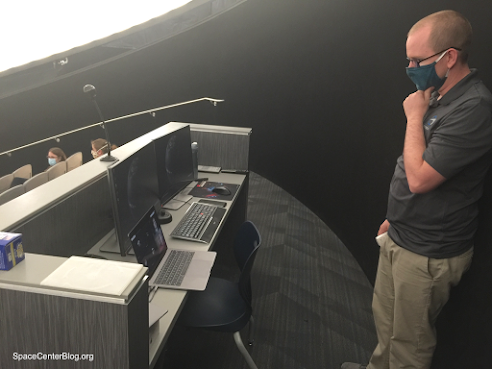 Mr. Porter was up in the Crow's Nest working to project the online attendees onto the planetarium's large dome.  I stood by waiting to offer advice. Thankfully that advice wasn't requested because I hadn't a clue what he was doing, I just liked to think I did.  It is always important to look like you know what you're doing even if you don't. 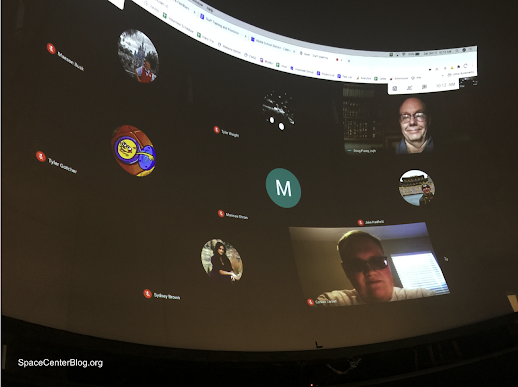 Success!  The onliners came to life on the dome. 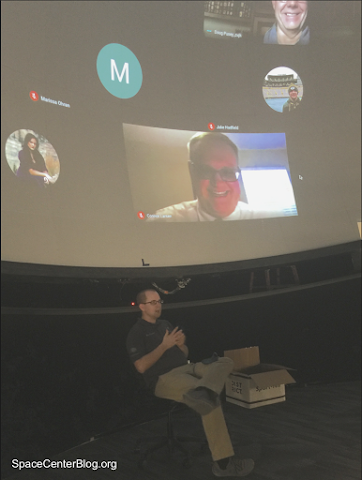 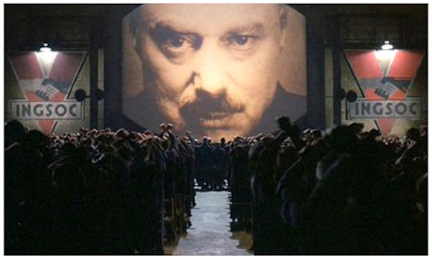 It was difficult to read Conner's many expressions during Mr. Porter's speech, but a fair warning may be in order for Mr. Porter to watch his back. Hostile takeovers are not unknown outside the corporate world.
All kidding aside, it was a great meeting.  James updated us on construction.  The planetarium will open first in November.  The simulators will follow once it is deemed safe to do so based on the health departments recommendations and Utah County's High covid alert level.  It is easy to socially distance people in the planetarium, not so easy in the simulators.
On a more personal note, it was thrilling to see the new Center prepare to open.  Everyone starting with James Porter and moving up throughout District administration have done a great job. The new Christa McAuliffe Space Center is truly a gem in the Alpine District's crown of achievements.
Mr.Williamson
Imaginarium Theater
The Best Videos From Around the World Edited for a Gentler Audience.
Posted by Space Camp Utah at 11:14 AM