Meet More of the Young Astronaut and Voyager Cadets Who Prepare for Their Future at Renaissance Academy's The Space Place. Learn More About this Outstanding Club. The Imaginarium Theater

Last Week's Young Astronaut Launches
The Space Place at Renaissance Academy is home to Utah's largest after school space club.  This year there are 170 cadets in grades 3 through 9 enrolled in the Academy's Young Astronaut and Voyager Club. In my last post, I introduced you to a few of the cadet squadrons. Today I will introduce you to a few more - the ones who launched the USS Voyager last week towards the edges of the galaxy. 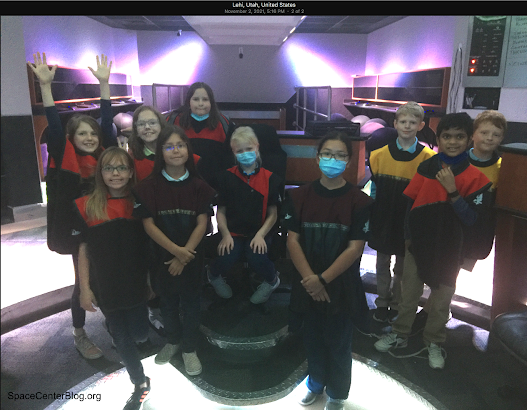 Meet the 4th Grade Dragon Squadron.  They successfully launched the Voyager on Tuesday. It was touch and go but they achieved excellent marks for their work and completed all tasks before the 30 minute deadline expired.
You should see these younglings operate a complicated starship control system. Of course they need help from our older cadet volunteers, but their attention to detail and cooperative attitude comes out when they all work toward a common goal - one of the primary educational goals of the Young Astronaut Program. 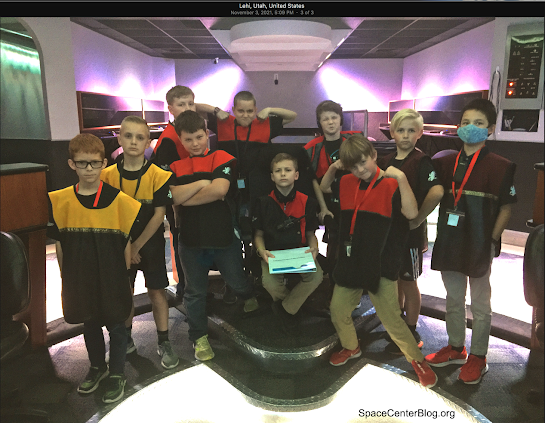 Pictured above is another of the Young Astronaut's finest squadrons, the 5th Grade Lions.  They are one tough team to beat and wanted the other 5th grade squadrons to know that from their pose. 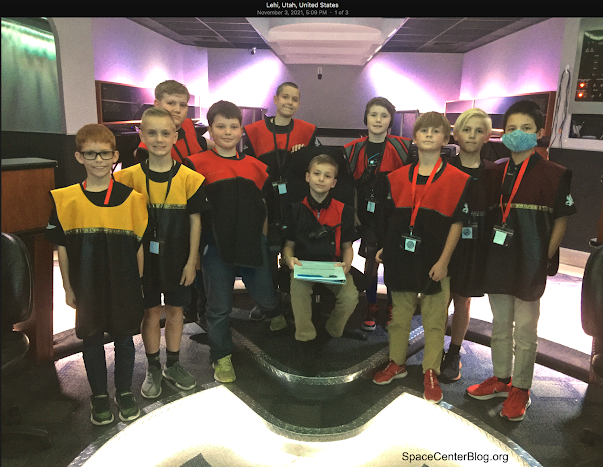 The 5th Lions have the highest launch point totals for their grade level.  The XO (first officer) was named MVP for the meeting for his attention to detail and outstanding leadership skills.  Many of these young men are younger siblings to veteran Voyager Club cadets who have graduated from the program.  They know what is expected and work hard to continue their family's legacy in Starfleet service.
Last Week's Voyager Club Launches. 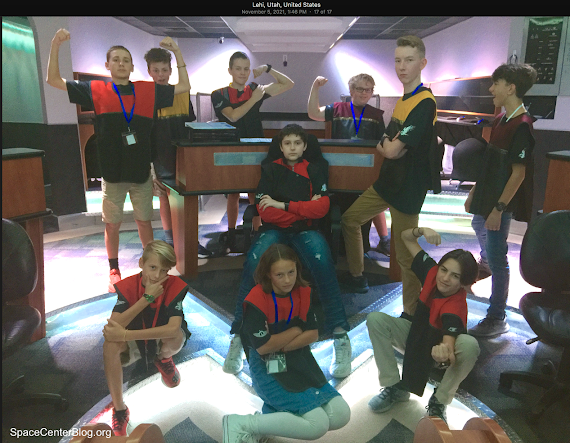 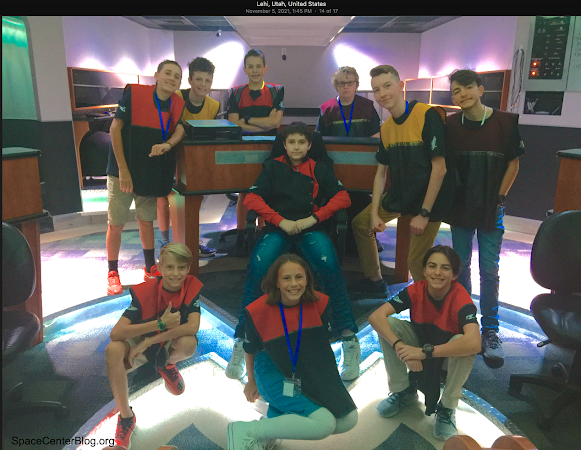 Pictured above is the Friday Middle School (grades 7 - 9) Tiger Squadron under the command of Captain Tavi and XO Jackson.  The Middle School Tigers have the launch record for quickest time to complete all launch tasks and get underway with a course set for The Fortress and final destination - unknown. They will receive their orders when they arrive at destination. 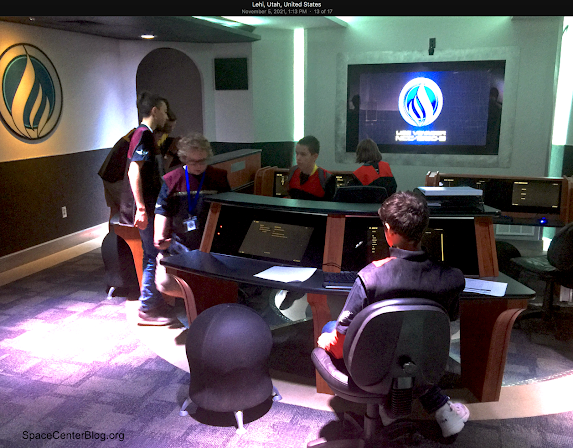 The Tigers completed a nearly flawless execution of tasks.  That is expected considering their ages and experience in Starfleet service.  Several of the cadets have been in the Voyager Club for several years. 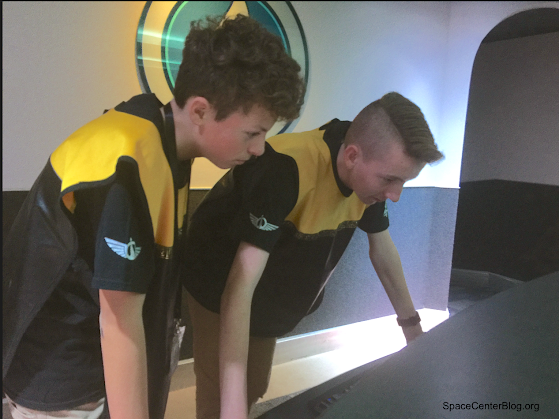 Aaron and Isaac make up the Defense Department.  There was an unfortunate phaser fire while docked with Outpost 14 that led to a squadron point loss (oops).  The Voyager is a place where you learn to pay close attention to details and learn to follow exact procedures to accomplish tasks.  Mistakes happen regularly and the cadets learn from them. 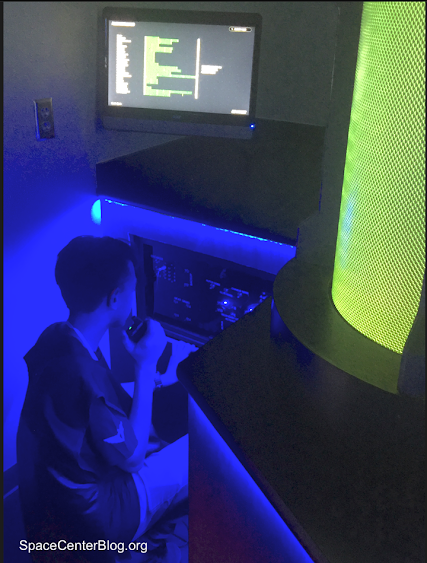 Ammon and Lehman are the Tiger's Maintenance and Repair Department.  Above you see Ammon working in the Voyager's Engineering Bay in a different section of the simulator away from the bridge  and down a ship hallway  - through one of the revolving blast doors.  Ammon uses a walkie talkie (communicator) to received instructions from his partner on the bridge. 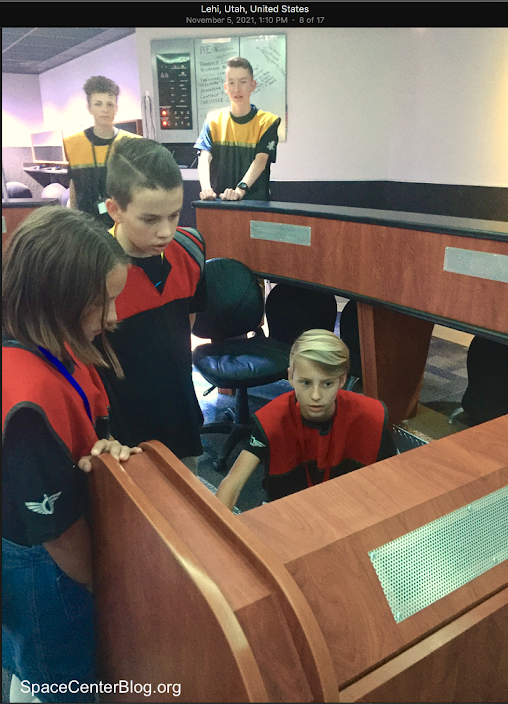 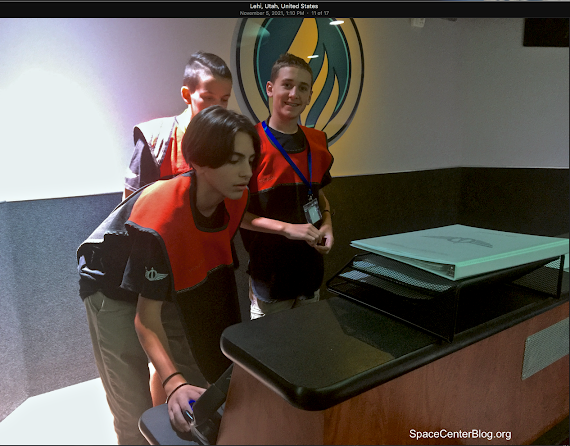 XO Jackson is patiently waiting for Cadet 2nd Class Enoch to open a communication line to Outpost 14.  Permission must be granted before the ship can depart.  Enoch and Fenix are the ship's Operations Department.  They control all communications inside and outside the ship.  They monitor the ship's engines and handle the ship's cargo and inventories.
I am fortunate to work at Renaissance Academy. I teach math and history to 83 sixth graders during the school day and work with an outstanding Space Place team in the running of the Young Astronauts and Voyagers after school.  We work in a forward thinking charter school which values experiential education.  Renaissance Academy demonstrates that commitment by budgeting for a full time Space Place director - Bracken Funk. And let's not forget the Starship Voyager. They don't get any better than Voyager simulator with its multiple rooms and hallways.
Contact Bracken Funk for more information on how you can enroll your RA student in the space clubs and / or book the Voyager for private parties.
Victor Williamson
Imaginarium Theater
The Best Videos From Around the World Edited for a Gentler Audience
Posted by Space Camp Utah at 2:52 PM