The Starship Falcon's Logo Is Released. See the Competed Flight Stations for the New Ship at American Heritage School. Meet a Few More of The Space Place's Young Astronaut Squadrons. In the "Things I Didn't Know" and "So That's How They Do It" Category - How Today's Space Center Starts a Camp Compared to "Back in the Day"

The CMSC's Falcon simulator has a logo.  It was presented on the Space Center's Facebook page.  All six simulators are logoed up now.  The Falcon is the one non-Starfleet ship in the CMSC's fleet.  The ship's crews get up to mischief on occasion, but generally are out to make a buck or two. 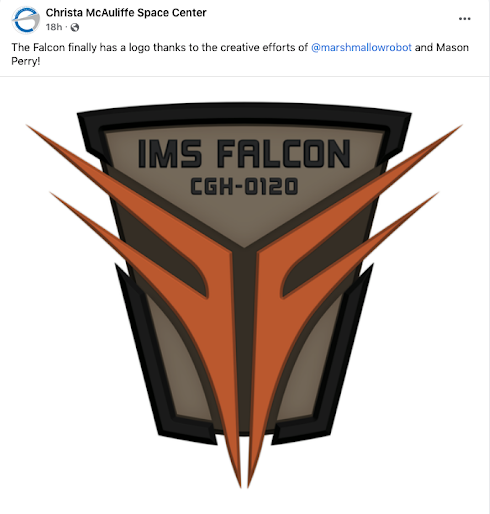 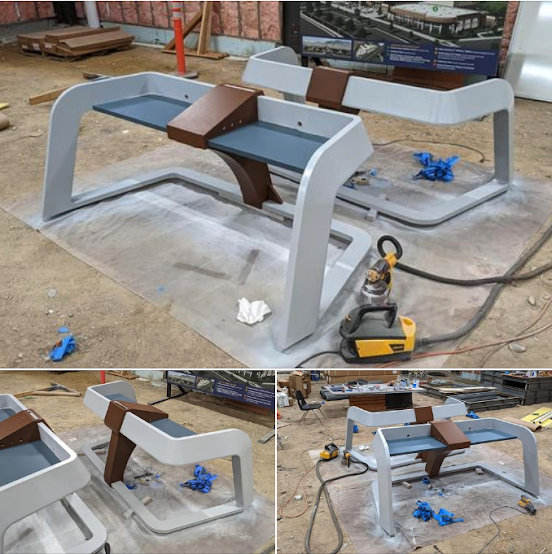 Alex Debirk is the director of the soon to open space center at American Heritage School in American Fork.  He and his high school students have been busy in the school's Creativity Lab designing and constructing the starship's furniture.  This week Alex announced the completion of the front two flight stations.
They are very Star Trek in appearance and beautiful to behold.
I'm excited to give them a trail run once the starship opens in January.
Meet a Few More of The Space Place's Young Astronaut Squadrons at Renaissance Academy
Every weekday afternoon one of The Space Place's Young Astronauts or Voyager Club squadrons meet from 3:20 - 5:20 P.M.  There are 19 squadrons participating in this school year's program.  Squadrons range in size from 8 to 10 students in grades 3 - 9.  Meetings include lessons in astronomy and current space news, team building activities with Major Vidina (Renaissance Academy's middle school science teacher), and flight time in the Starship Voyager.  The missions in the Voyager are episodic with a specific mission designed for each of the 7 grade levels.  We call these missions "Long Duration Missions" or LDM's for short.
Here are a few more squadrons in our Young Astronauts Program. 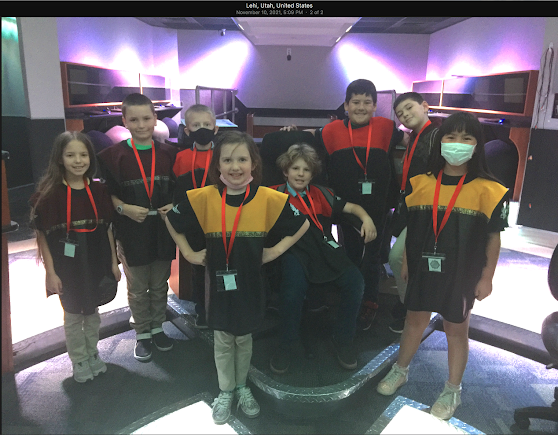 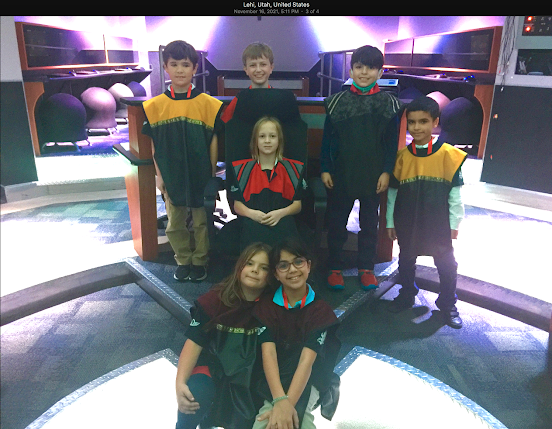 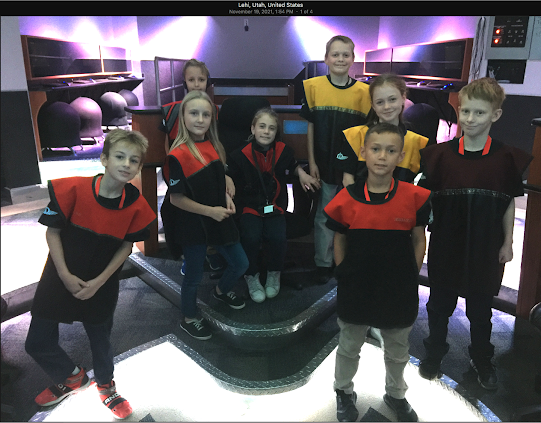 The 5th Grade Tiger Squadron
In the "I Learned Something New Department".  How the CMSC Gives Out Camp Volunteering Positions 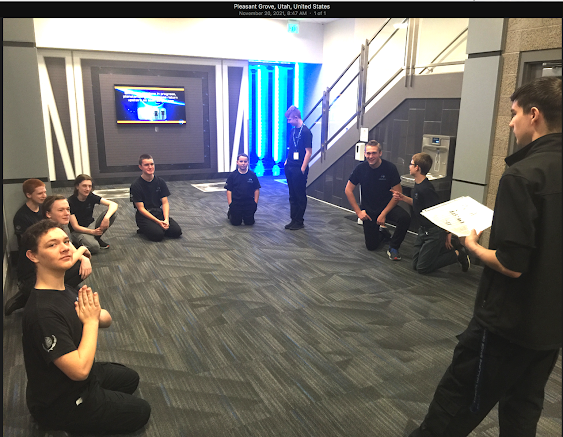 Back in the days of my directorship of the Christa McAuliffe Space Education Center I met with the volunteers and supervisors before the start of every overnight, super Saturday, and day camp to assign camp working positions.  We met on the steps of the stage in the old Central School's gym.  At the end of the meeting I'd say "Loading Stations" and everyone would disperse to their assigned places.  The Loading Stations were:
1.  Friendly Door Greeter  (Welcomed the campers at the school's front door and directed them toward the Gym).
2.  Hallway Greeter (Directed the campers down the hallway to the open Gym door).
3. Gear (two were assigned to stand in the gym to show the campers where to put their sleeping bags, pillows, and overnight bags).
4.  Signing In (three or four were assigned to sign the campers in and give them their rank lanyards).
5.  Me (I usually sat at a table of my own and checked the campers names against the camp list before having them sit on the steps and wait for the camp to start).
Yesterday I was the Cassini's flight director for a CMSC Explorer Day Camp. I got all set up in the Cassini Control Room and headed for the gym when I saw the volunteers gathered in the hallway listening intently for their ship assignments and start of camp pep talk.  It was a meeting I didn't know happened so it fell into that bottomless pit I call "Things I Didn't Know" and "So That's How It's Done These Days".
Imaginarium Theater
The Best Videos From Around the World Edited for a Gentler Audience
Posted by Space Camp Utah at 1:24 PM