I remember November 8, 1990 very well. I was nervous. I had doubts. I questioned whether I knew what I was doing and I knew there were others who thought the same.  It was a risky endeavour, something no teacher in the Alpine District had done before - add an addition to a school and start a entirely new district wide program.
The vision of creating a 'Space Center' started with my 6th grade Young Astronaut Club and a 1986 Young Astronauts conference trip to Japan. During that convention I met the director of the Kino Learning Center in Tucson Arizona. Her school had a rather large space shuttle simulator in the school's library used for simulated space missions. If she could do it then so could I. The dream was born.  I envisioned our Young Astronauts poster board classroom starship simulator (the USS Pegasus) could have a permanent home of its own in the classroom where today's Odyssey and Phoenix sit.  The dream expanded from a small simulator to the Voyager addition to the school and the CMSC as it is today.
So many people were drawn into the project. Special gratitude is given to Stan Harward, Central's principal at the time, and Dr. Luana Searle, Asst Superintendent over elementary schools. Money was raised and many hours of volunteer manpower were given. This new program had to succeed. Failure wasn't an option. I didn't sleep well those first years. My health suffered. My poor heart never completely recovered. The anxiety attacks, I'm happy to say, lasted three years and ended.
I originally envisioned the Christa McAuliffe Space Education Center to be a science lab on board a futuristic spaceship but that idea never took hold for a multiple reasons.  I opened the Space Center by experimenting with a scientific mission to Mars. There are people who remember that first school mission. We flew at warp speed using HyperCard controls I programmed. Once there we used a Mars laser disc for special effects. We flew around the planet learning about its climate and features. I stood on the bridge next to the Tactical screen. My 6th grade staff (2 kids) sat in the control room listening and waiting for clues on when to play and pause the laser disc player and VCR. How primitive it was compared to what we do now.
I felt something was missing after we ran a week or two of the Mars mission field trips . The students showed little excitement. They sat at the computers listening to me. There was very little work for them to do. My Hypercard controls lack depth and purpose. I was in command giving the captain orders on where to go and what to do. The presentation approach with a science only curriculum wasn't working.
I thought back to my days in the classroom with the overhead projector, boom box, and paper controls. Then the idea came – do what you've proven successful - introduce some drama. Using two of the school's VCR's and my Star Trek movie collection, I edited a new ending to the Mars expedition. The mission ended with a Romulan warbird showing up orbiting Mars. It approached in a threatening way, fired, then warped away. It was a crazy idea but crazy ideas are the lifeblood of the Center.
The idea of adding the Romulan scene at the end of the mission worked. The kids got excited to see the Romulan ship. The little battle thrown into the end of the Mars mission was successful. It convinced me that my original idea of taking a class on an EdVenture into space would work with the general public like it did with my captive 6th grade class.
I sat down and wrote another mission called "Epsilon". It was a story of a planet in the Klingon Neutral Zone. Half the planet was under Federation control and the other was under Klingon control. The treaty, allowing joint control of the planet, was up for renegotiation. The planet would be awarded to the government which demonstrated it could best care for the planet's population.
The story had the Voyager entering the Neutral Zone bringing a new kind of wheat to the planet. This new wheat was genetically engineered to grow well in the planet's harsh climate. The Voyager had a few close calls on the way to the planet and a few others while in orbit. At the end of the mission our classes left the Voyager so excited. I knew I had found the formula; and the rest, as they say, is history. 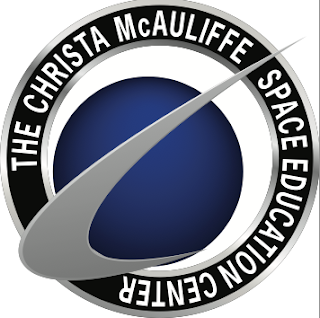 Now here we are 31 years later. The one ship is now a fleet of 14 located at the CMSC, Renaissance Academy, Lakeview Academy, Canyon Grove Academy, and Telos U. Two new starships will soon open at American Heritage School in American Fork. The CMSEC inspired spin off companies like Dream Flight Adventures and IndiniD with simulators in several other states and outside the country.  Our stories are more complicated. Our simulators are more sophisticated. I'm getting older and gray but the magic is still there.
Someone once asked me If I would ever truly retire. I tried once in 2013. I'd done my 30 years for God and District at Central Elementary and the Space Center; I needed a rest. My rest lasted a grand total of three months. Renaissance Academy in Lehi wanted a starship simulator of their own and came calling.  The offer of building a new Voyager along with getting to go back into a 6th grade classroom to end my educational career sealed the deal. Retirement could wait. There was magic to perform.
At 31 years it is easy to sit back and take a journey down memory lane of the many good times we've all had at the Space Center. During my time as director I'd often wait to go home until the staff and volunteers were gone and the ships were empty. I'd walk onto the Voyager's Bridge and sit in the Captain's chair under the dim lights and listen to the voices of 300,000 children swirling around the room locked in the very walls of the ship. I look over at the left wing and see the original staff training crews by hand before the days of training tapes and mp3 players. I see Jacob Bartlett over in the corner asleep when he should be doing his job as a bridge staff. I hear Russell Smith downstairs playing the blind doctor. I watch a much younger Mr. Schuler coming up the stairs in full Star Trek uniform. A young first officer voice shouts, "Admiral on the Bridge!" . I still see that silly mask popping up over the loft to frighten Security. I see our many young volunteers growing up in that simulator from elementary school to junior high to senior high and then jumping ship into life. I hear the screams, the laughing, and the quiet that came from failure like when Blossom, the beloved Paklid captain, died in a fiery crash into a planet so many years ago. They are good memories.
Eighteen years ago I wrote..

Perhaps some day video game technology will become so evolved that children will do one of our missions at home connected to some kind of virtual reality machine. The computer will play my part, telling the story and reacting to the kid's decisions. The class will sit with goggles covering their eyes showing them the bridge of some futuristic ship. Gloves will give them the feel of working the controls. Perhaps the Voyager will still be around when that day comes. It may be a museum this future generation will visit with their grandparents. As they tour the simulator the sounds of our voices and the blaring music with red alerts will mix with their grandparents' stories of when they flew the original Voyager, Odyssey, Magellan, Phoenix, and Galileo long ago to far away places.

Thank you everyone for 31 Years. Thank you volunteers for the hours of time you give these programs each month. Thank you to the staff of all the space centers for always going above and beyond the call of duty. We are all involved in creating lasting memories that will stay with our students forever.
With Warmest Regards,
Victor Williamson
The New Christa McAuliffe Space Center is One Year Old 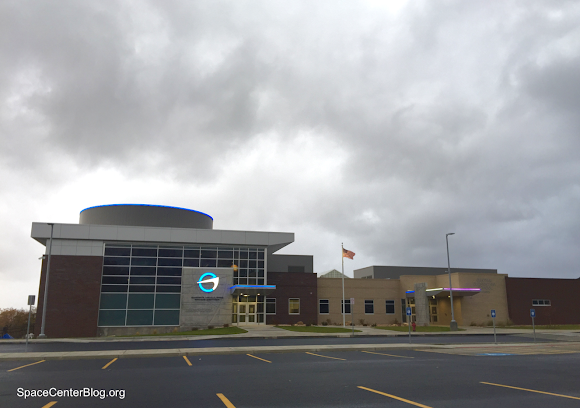 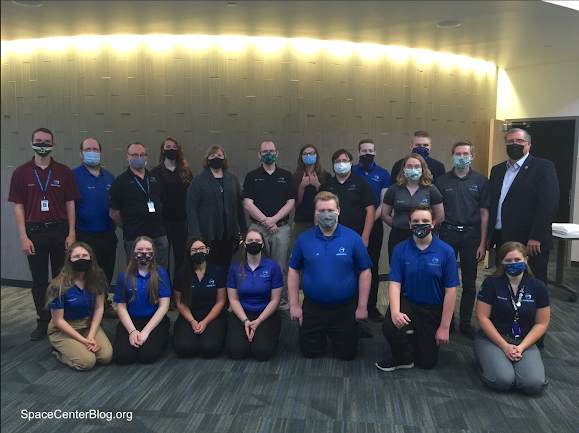 That morning I entered the new Center and made a beeline straight to the lower deck to see the new simulators docked at Starbase Williamson.  They were beautiful.  What a facility! 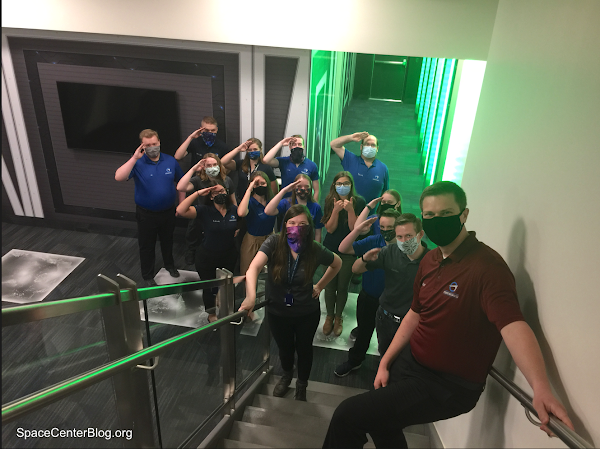 There are many to thank for continued support, but a special thank you must be given to Rob Smith and Vicki Carter from the District Office for spearheading the fund raising for the new Center.  And of course a very hardy "Well Done!" to James Porter, CMSC Director and Ryan Wells, Central School's Principal for the work they did to make this a truly one of a kind facility in the entire world.  Please enjoy these few photos of the event. 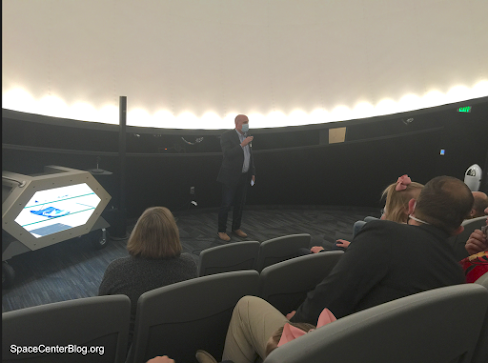 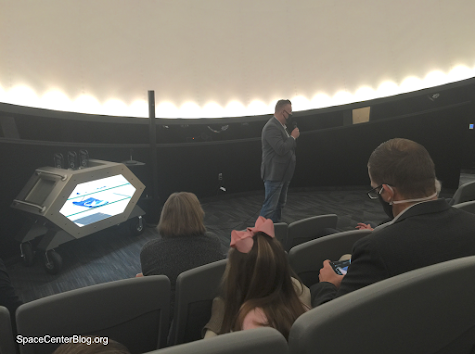 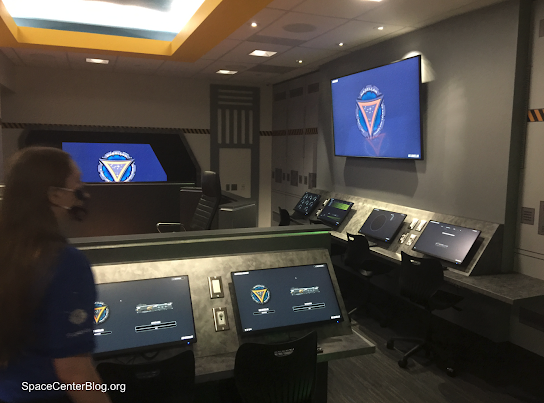 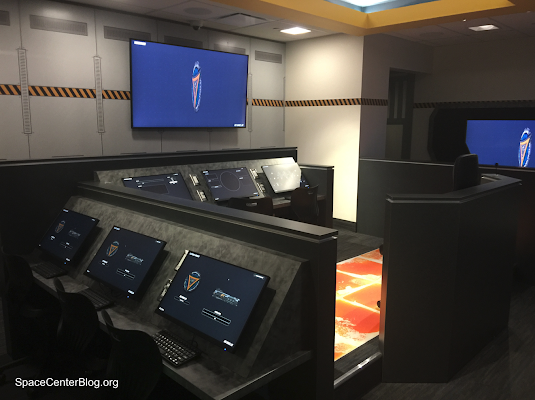 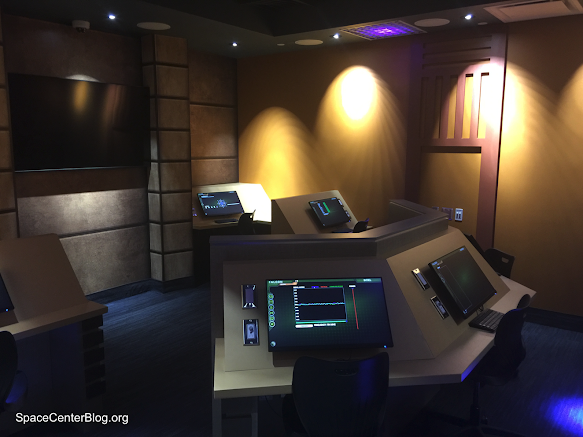 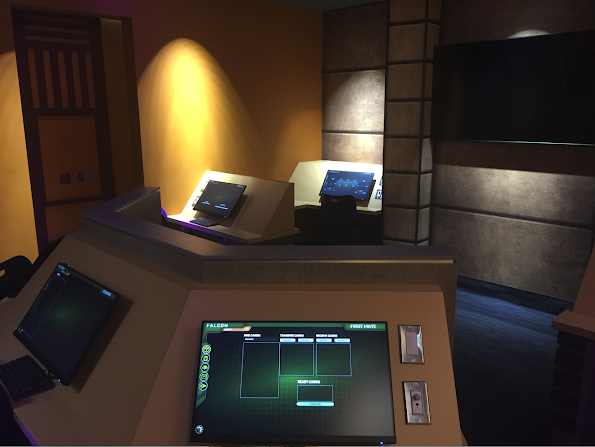 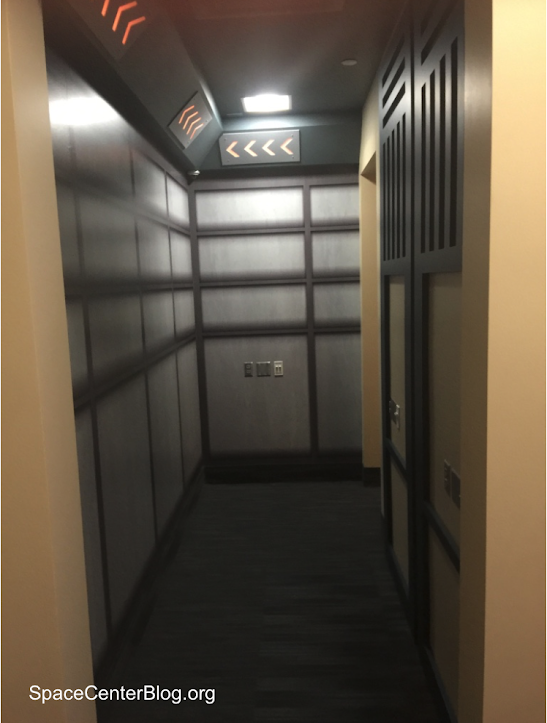 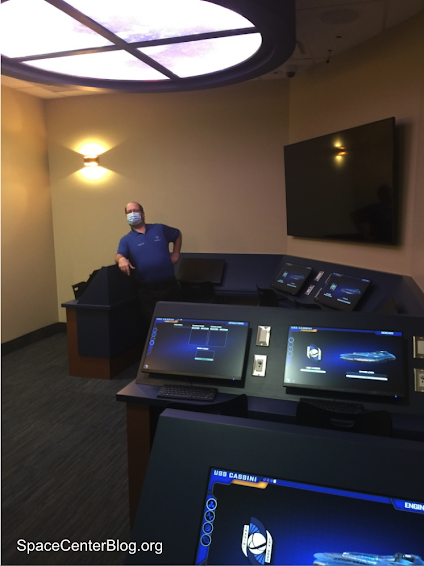 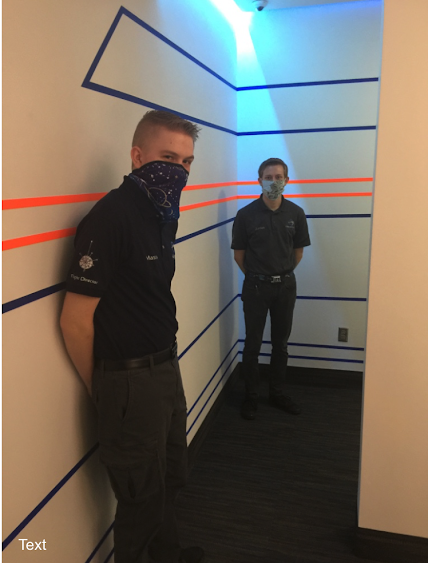 The Hallway to the Phoenix 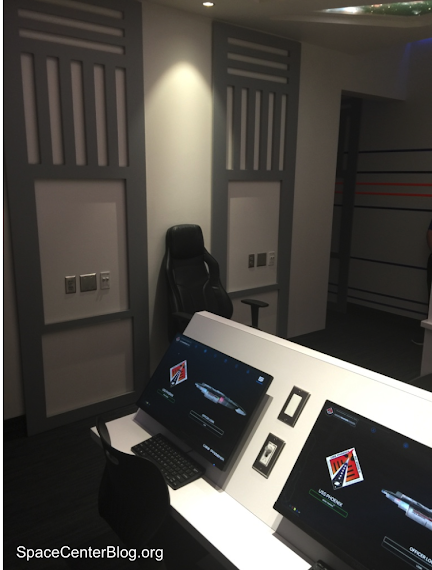 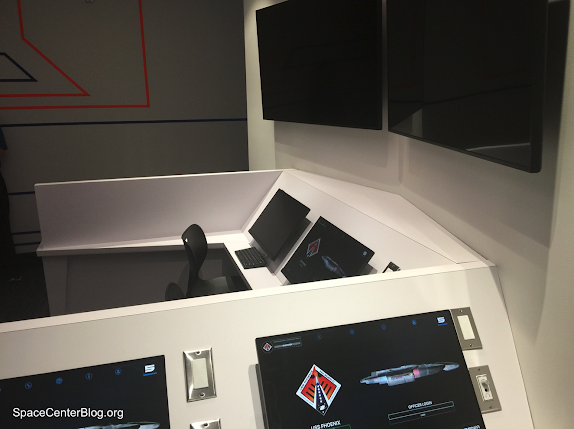 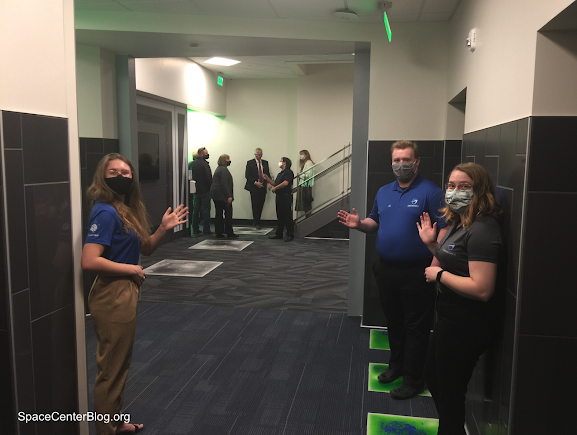 The Friendly Staff Welcoming Guests to the Simulators at Starbase Williamson 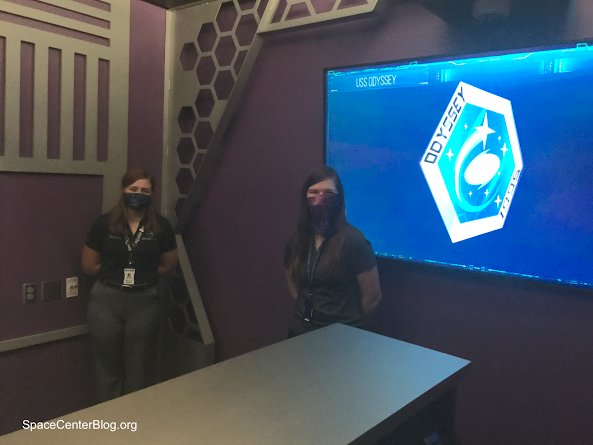 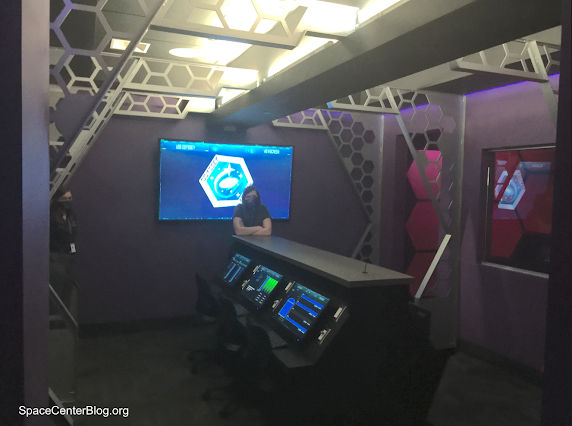 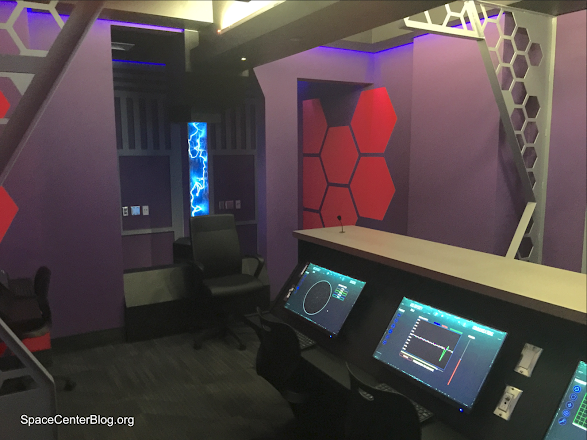 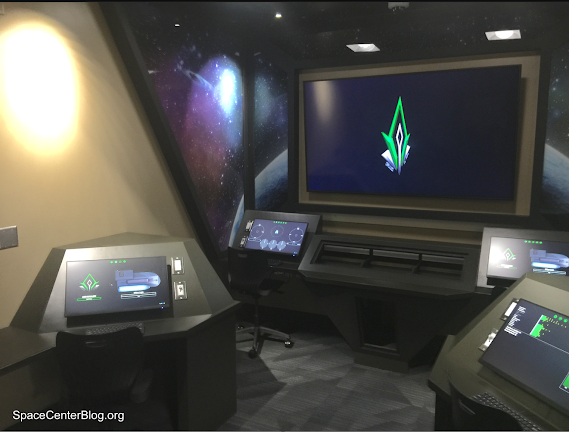 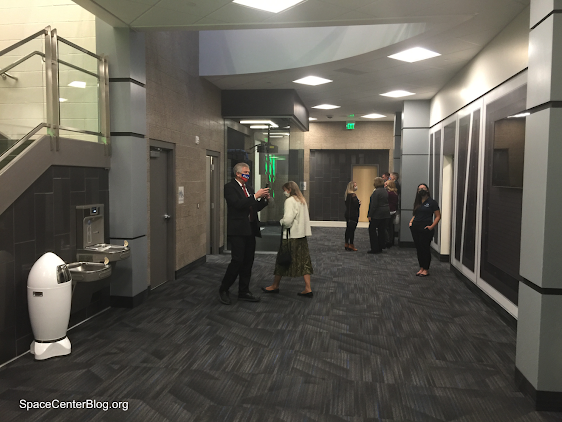 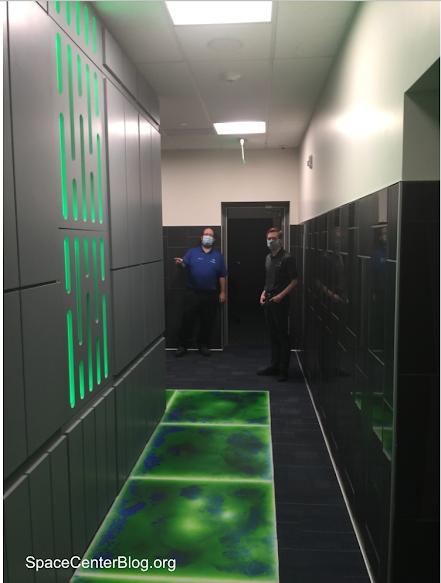 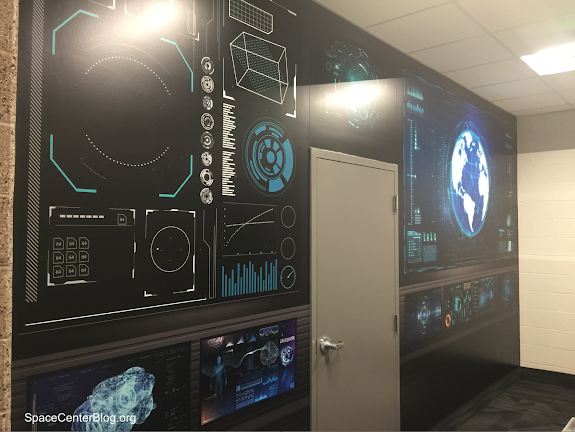 Entry Hallway from the school 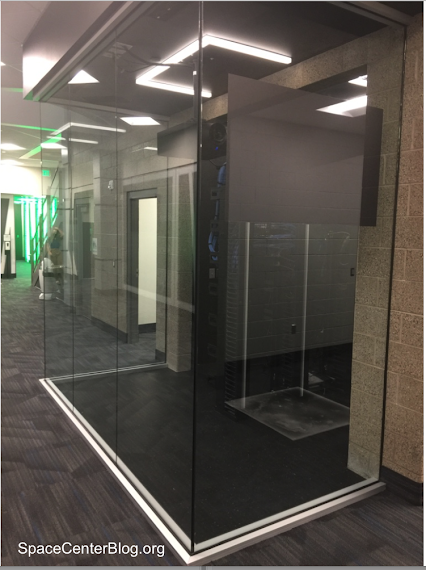 The computer server racks
Imaginarium Theater
The Best Videos From Around the World Edited for a Gentler Audience
Posted by Space Camp Utah at 1:50 PM