Behind the Scenes: The Telling of the 5 Hour Mission Silhouette on the Starship Voyager. Perfection in the Art and Science of Space EdVentures. Imaginarium Theater.

The Starship Voyager was busy with public missions on Saturday.  A prom group occupied the starship Saturday morning.  Saturday afternoon was reserved for an adult group wanting the Voyager experience. The group was made up of space edventure enthusiasts. They are regulars at the Christa McAuliffe Space Center. Saturday was their 2nd visit to the Voyager for a 5 hour mission.

Going on a Bracken Funk and Megan Warner Voyager mission is to experience perfection in the art and science of space edventuring.  While I pioneered and perfected this form of techno-storytelling over the last 38 years, I proudly admit there are some practitioners who have mastered the art and science of space edventuring far beyond my capabilities.  These folks are master storytellers, excellent actors, and encouraging supervisors. In addition to those things, a master in the art and science of Space EdVenturing is someone who can also write and produce outstanding missions. It is a person with the skills to render a mission into usable Thorium script and illustrate it with eye catching tactical screens.

Bracken Funk is such a master.  Put him in the flight director seat with the great Megan Warner to see the Voyager's dream team in action. Adding a reliable and talented staff of supervisors and volunteers is the next ingredient to a perfect mission. With everything in place, sit back and watch the magic happen. 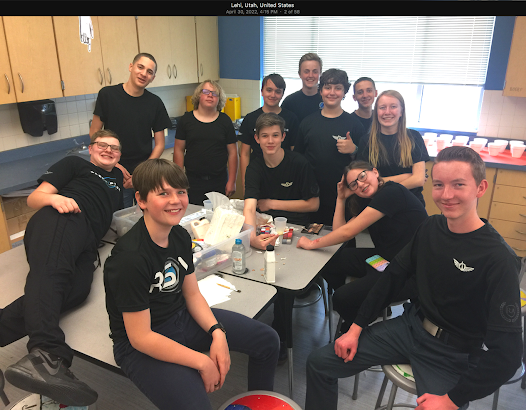 The Voyager's Volunteers prepare for Saturday's 5 hour mission. Mark (seated center) is the chief supervisor of the crew.  He is also today's stage makeup artist.
The Voyager's volunteers and supervisors are mostly Renaissance Academy students and former students who've entered high school.  All but a couple of the volunteers pictured above are in the school's SpaceTech class.  SpaceTech is a one period class taught during the school day for credit to our 7 - 9 graders.  In Space Tech students learn the philosophy of Space Edventuring along with both the art and science of the discipline.  Students learn how to write missions, how to script a mission in Thorium, stage makeup, set design, graphic illustration, and more. 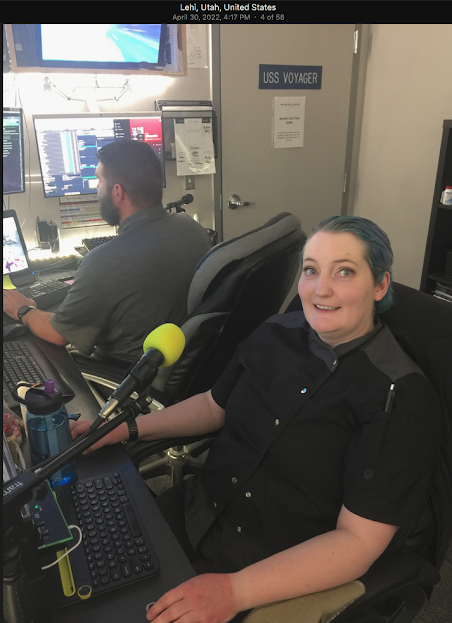 Silhouette is under way with Bracken at FD and Megan at IIFX. 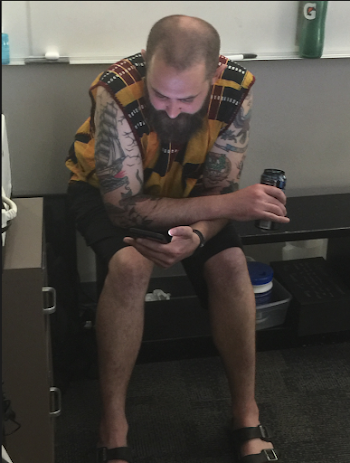 Mr. Robinson is preparing to play the lead in the mission.  He is the school's middle school history, speech, and debate teacher.  He co-teaches SpaceTech with Bracken. 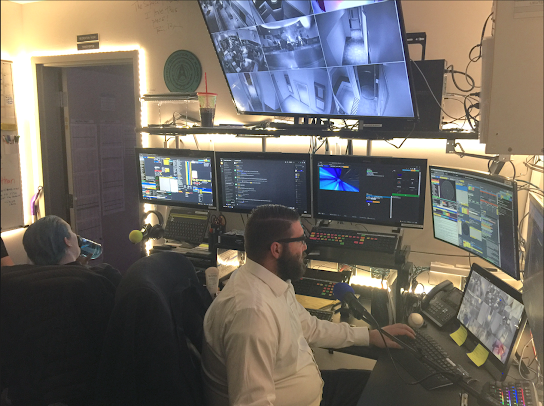 The Voyager Control Room, the nerve center of the largest Space EdVenture simulator in the network.  The Voyager consists of a large bridge, a separate sick bay room, a separate engineering room, a transpod, a brig, and four hallways.
The Mission Photo Gallery 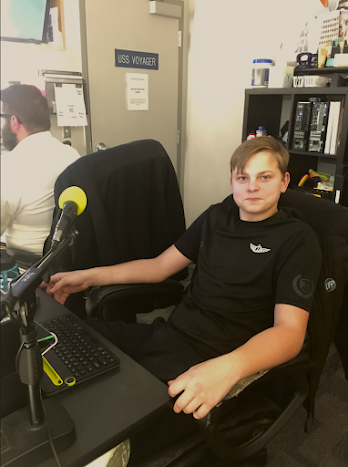 Lincoln is keeping the seat warm for Megan.  Megan played an admiral in the story and needed to pay occasional visits to the bridge 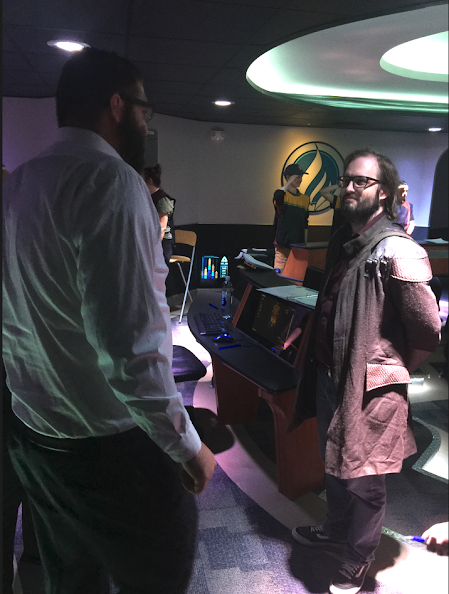 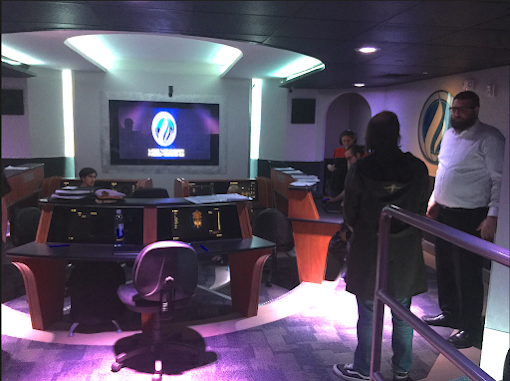 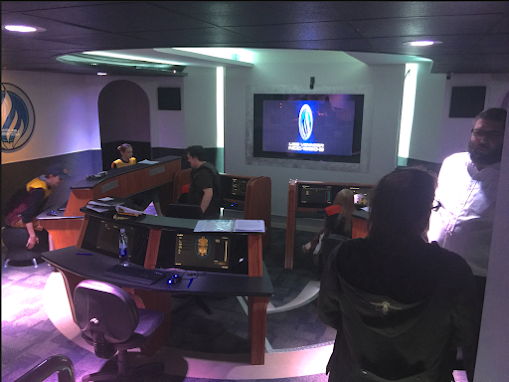 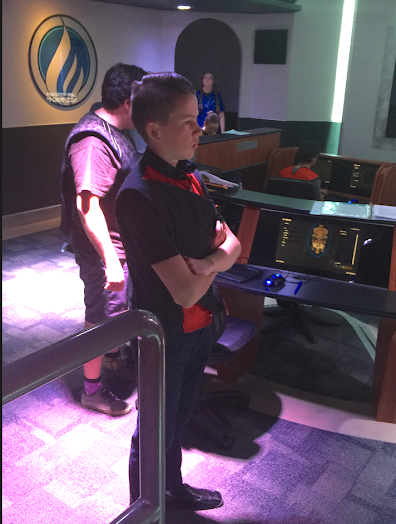 Jackson, one of our school's 9th graders, played the role of the Admirals Assistant. 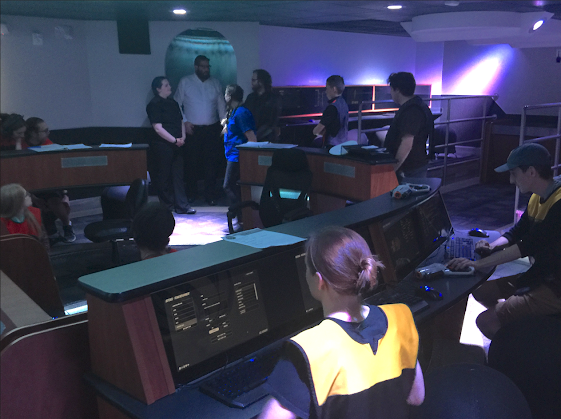 With the pleasantries completed, the captain asks the president
if he'd like a tour of the ship. 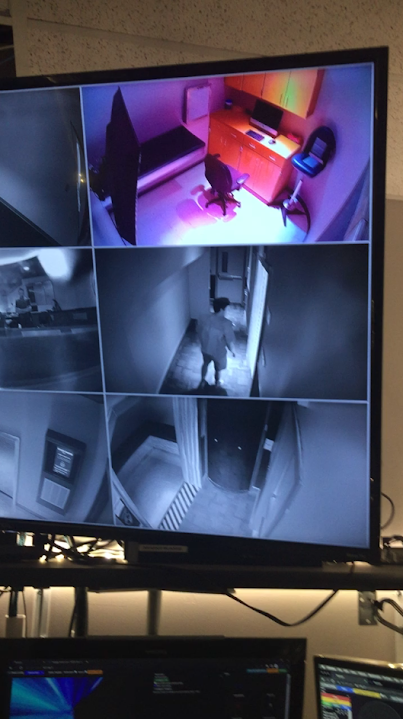 The staff and volunteers monitor the mission through CCTV cameras 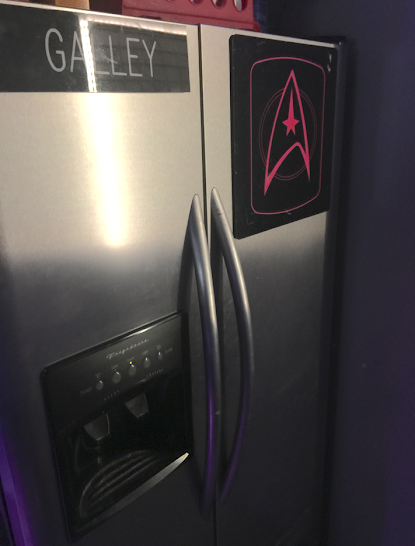 The control room fridge is a necessity, especially on a long 5 hour mission. 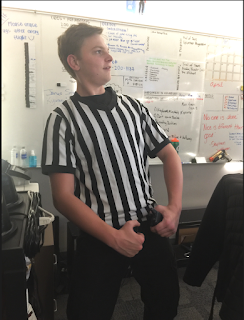 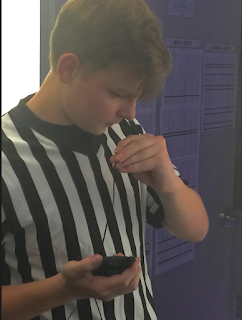 Lincoln prepares to take the supervisor position on the bridge. Voyager bridge supervisors wear referee stripes. Visiting crews are taught that the person in stripes is the helper when needed and the referee whenever the phasers are used in battle 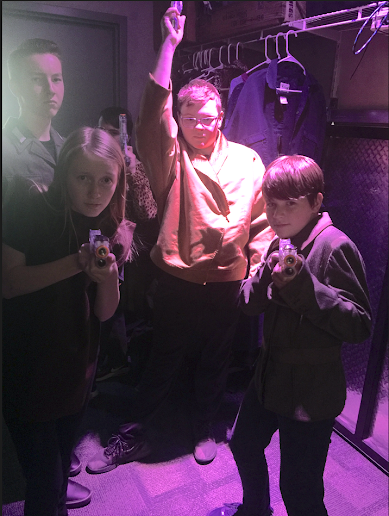 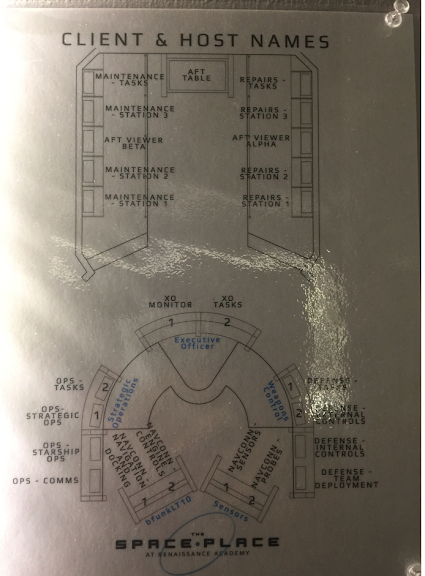 The Voyager's bridge map
Presenting a short video showing the staff at work on yesterday's mission
A great time was had by all.  If you would like to learn more about booking a group mission and / or would like to learn about summer space camps on the Voyager please visit the web site:  TheSpacePlace.org.
Imaginarium Theater
The Week's Best Videos From Around the World Edited for a Gentler Audience
Posted by Space Camp Utah at 11:48 AM