The First USS Voyager. Scenes from 21 Years Ago

We finished our last Super Overnight at 10:00 A.M. Saturday followed by several private missions.  Our weekend ended at 8:00 P.M. last night.  Next week the Center is open Monday and Tuesday for private programs.  We are closed August 1 to August 14 so the staff and volunteers can enjoy a few weeks out of the trenches to bask in the warmth of family and friends.  The Center reopens August 15th.  The calendar for the rest of August is filling rapidly.

Did you get a chance to attend one of our summer camps?  If not, you should consider attending our Galaxy Camp on August 16 from 2:00 P.M. to 7:00 P.M.  The Galaxy Camp is the Center's summer version of a school year Super Saturday - a five hour mission in one of the simulators.  You may register by phone (801.785.8713). 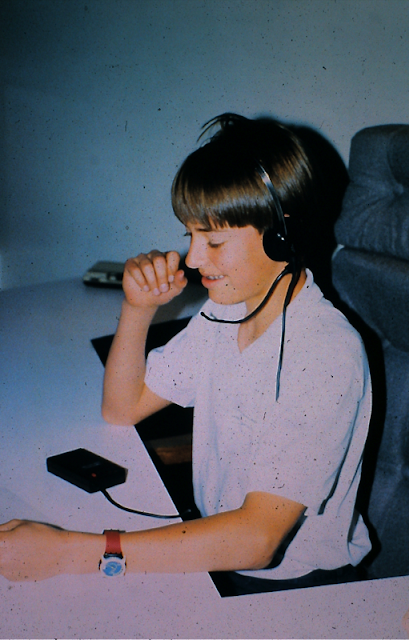 This young man is now 32 years old!  My, how the years have past. 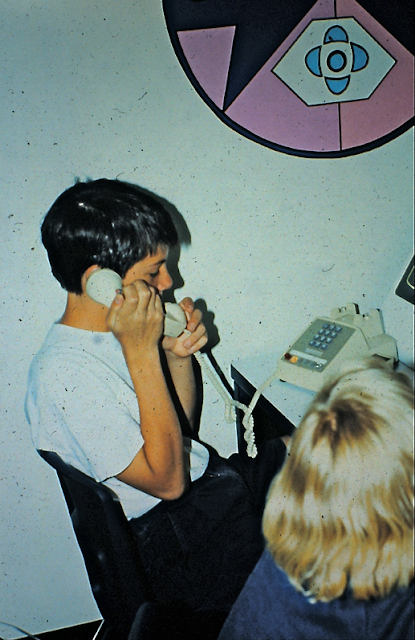 The Voyager's Communication's Officers busy at work on the original Voyager's Bridge.  The young lady opened the frequencies by computer, the young man got to do the talking.  Two people doing a one person job.  That's how it was on the Voyager back in the day. 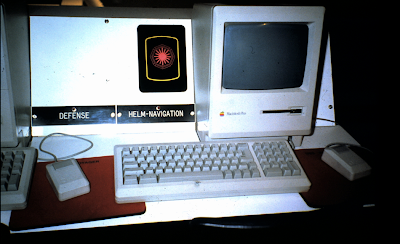 The original Voyager Bridge computers. The Mac Plus had an external hard drive that sat below the computer.  These were high tech back in the day.

A few of those old Macs had serious attitude problems.  I'd turn them on and nothing would happen.  Their hard drives wouldn't spin up to load the operating system.  I solved the problem the old fashion way.  Any computer with attitude got a good smacking.  One hard smack to the side usually got the drive spinning and the program loaded.


One day the old Right Wing computer was throwing a super tantrum.  I smacked it once, then twice and finally the third time did the trick.  The computer came to life, although the wheezing sound from its lungs gave me a reason for concern.


The field trip started.  I stood at the front of the Bridge giving my 'getting ready to take off' speech.  Mrs. Houston stood behind the Right Wing officer.


Yes sir'ee, that old Mac chose to go out on its own terms and not mine.  It committed suicide right there in front of me, the staff and a bridge full of students.  Smoke poured from the ventilation slits on the computer's top.  I unplugged the computer, excused myself from the bridge and gave it a proper send off.  I walked to the metal dumpster behind the school, opened the rubber top and threw it in. 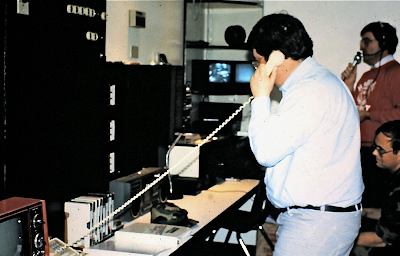 The Voyager's Control Room circa 1990.  I'm in the red sweatshirt running a mission.  Bill Schuler is sitting to my left.  Mark Daymont is on the Voyager's telephone talking to the Communication's Officer.  That was it, except for a few elementary and junior high students that helped out.  Everything you enjoy about a Space Center mission today was thrashed out during those first missions by the Bill, Mark and I.  We experimented with different story telling techniques.  We tried different approaches to running a mission.  There were many successes and several failures.  It was stressful and nerve racking yet so much fun.

That old red black and white TV had a 6 inch screen.  We used it as a preview monitor.  One of the jobs required of 2FX (2nd chair today) was to cue the upcoming bits of video tape footage for an upcoming scene.  It was my old TV from my days at BYU. 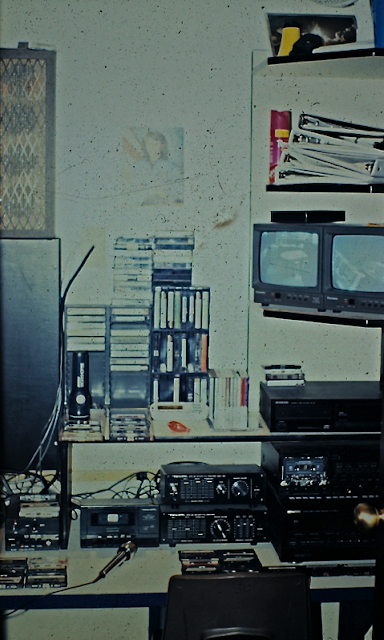 A better view of the Voyager's Flight Director's Station.  I didn't have a fancy chair.  I didn't have a computer.  I did the talking (without a voice changer), ran the music, ran the sound effects, directed the mission and called all the shots. 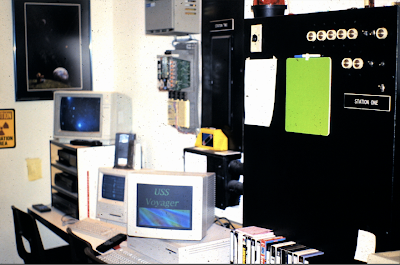 The other half of the Voyager Control Room.  We had two computers to run the ship.  Video tapes were used for special effects. 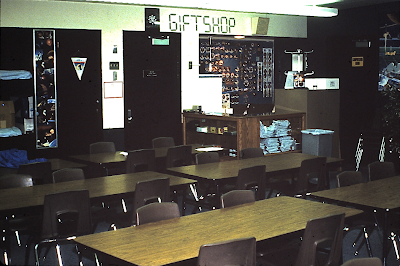 The old Briefing Room - today's Space Center office and home to the Phoenix and Odyssey.
The Odyssey's control room sits today where the Gift Shop once was.  The staff bunks were inset into the room's wall as seen on the far left of the picture. 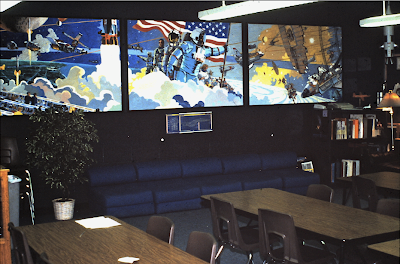 The back of the Briefing Room where the Odyssey is today.


There have been many changes to the Space Center over the years.  There are many changes still to come.  It is a work never ending.  We still try new ideas.  Many of them are successful and many are not.  The Center is a one of a kind.  We are it.  No where else on the planet can you go and experience something like this.

I appreciate the hard work and efforts give the Center by hundreds of staff and volunteers over the last 21 years.  I appreciate all of you who have come to the Center for camps, field trips and classes.  The Space Education Center is truly a community effort.  We are here because of YOU.

This was a fantastic read. Can't wit to see you all again, next time I'm in town. I may actually be moving out there in the nearish future. :)

I remember all the alien and crew voices done by Mr. Williamson without the aid of a voice synthesizer. And sometimes his voice would give out and he would get get so frustrated. As far as I remember "Tex" the engineer has always been there, but I can't remember if he did a computer voice at first unless it was requested by the captain.