First Day of School. Space and Science News. The Imaginarium

Hello Troops,
It's 6:22 P.M. and I'm sitting here at my desk at Renaissance Academy.  My legs ache.  My voice is raspy.  I haven't taught a full day of school since the 1989-1990 school year.  For the last 23 years I taught one period of math and that was it.  My Space Center field trip took up the rest of my day.  Don't get me wrong, running two, three or even four missions a day was hard enough; but teaching a full day of school is difficult in other ways.  I'm just glad the day went as well as it did.

8:00 - 8:30 A.M.  Welcome to the 6th grade and all that jazz.  I did a bit of an introduction of the curriculum, then I throughly confused them with their daily rotations and class schedules.  I was clueless on some of their questions and did what any good new teacher would do - I directed them to my colleagues next door :)
8:30 - 9:30 A.M.  Math Rotation One:  Group A.  Another introduction of myself.  Group A is our 'approaching' math group.  Math is a challenge to our approaching group.
9:30 A.M. to 10:15 A.M.  Teacher prep time.  It took the entire period just to find places for all the donated supplies the kids brought to school with them.  I was flooded with notebooks, composition books, pens, pencils, expo markers, hand sanitizer, Clorox wipes, 3X5 cards, colored pencils, markers, tissue, etc.  Teachers don't have a supply room at Renaissance.  We rely on parent donations and the parents never fail to come through.
10:15 to 11:20 A.M.  Language Arts.  Another introduction of myself to another group of kids.  We talked rules and expectations.  They wrote in their journals.
11:20 - 12:30 P.M.  My lunch and second prep period.  I walked to the nearby Smiths and treated myself to a package of jerky and a Diet Dew.
12:30 - 1:30 P.M.  Math Rotation Two:  Group B.  Another introduction of myself.  Group B is our middle of the road kids.
1:30 - 2:30 P.M.  Math Rotation Three:  Group C.  Another introduction of myself.  Group C is our advanced group.
2:30 - 3:00 P.M.  Language Arts continues with my home room.  They did a spelling test.
3:00 P.M.  Dismiss and I sit down for the first time.

We have openings in the school's 7th, 8th and 9th grades if any of you are unhappy with your current school and situation.  We even have a few openings in the 6th grade.

I'd better end this post so I have time to plan for tomorrow.  When I take on a project is gets my full attention, and then more.  I did it with the Space Center and now its time to do it for my new class.  We also have Farpoint to build.  This is going to be a crazy year!  I've got my gym shoes on and I'm ready to hit the ground running.


Students Asked to Help in the Mars Mission Design

A private manned Mars mission may get some help from students on its way to the launch pad in 2018.
A newly announced contest asks students to propose design concepts for the Inspiration Mars mission, a private effort that aims to launch two astronauts on a flyby of the Red Planet in January 2018.
"Inspiration Mars is looking for the most creative ideas from engineers all over the world," Dennis Tito, executive director of the nonprofit Inspiration Mars Foundation, said in a statement Friday (Aug. 16).  Read More

This is the interior of the Airbus A320. But you could be forgiven for thinking it was the inside of a spaceship headed for the Gamma Quadrant. (Photos: Virgin America)

First off, anything with the word 'Dyson' in it has to be cool. Second, how the hell does this bladeless fan actually work?

As you might imagine, there are a few scientific principles at play here. There's also an electronic element. While the tube doesn't have any blades inside it, the pedestal of the fan contains a brushless electric motor that takes in air and feeds it into the circular tube. Air flows along the inside of the device until it reaches a slit inside the tube. This provides the basic airflow that creates the breeze you'd feel if you stood in front of the fan. Dyson claims that the Air Multiplier generates a breeze with 15 times more air than what the device actually takes in.

According to Dyson, the breeze generated by the Air Multiplier is more consistent and steady than one from a standard fan with blades. Since there are no rotating blades, the breeze from the fan doesn't buffet you with short gusts of air. [h/t Mark McAllister]

The way this thing moves — and runs — is waaaaaay too real, making us far more uncomfortable than we’d like to admit. This demo, which runs on Phoenix code, was developed for the Trossen Robotics Community.

If you were to imagine what a “xenon-ion space engine” was supposed to look like, you would probably picture something that looks exactly like this. This functional prototype sits in a vacuum chamber where it’s being tested at NASA’s Jet Propulsion Laboratory in Pasadena, California. It could be used by 2019 to propel an asteroid-retrieving robotic probe. 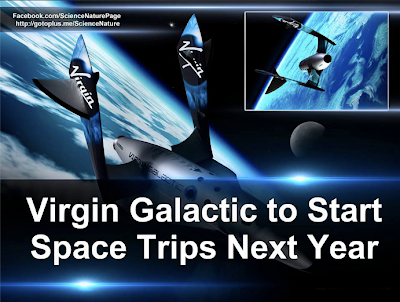 "Virgin Galactic has signed up 625 individuals for its planned suborbital spaceflights, lining up revenue of at least $125 million. A single trip into space will carry a price tag of $250,000." 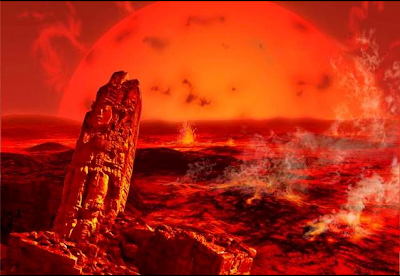 Future Earth - Addicted to Power
What will happen to the Earth? We tend to worry about issues like climate change that can have an impact over periods of time comparable to an average human lifetime.
For the Earth, however, the biggest changes generally happen over hundreds of millions or billions of years. Supercontinents come and go, mass extinctions wipe out almost all life, and changes in the surrounding Solar System have an impact.
It is ultimately the Sun that will decide Earth's fate. Billions of years from now, as our aging star begins to runs out of hydrogen fuel, it will change into a red giant and expand out into the inner Solar System as far out as the Earth's orbit.
Video: http://ow.ly/o1DpC


The Imaginarium
Taking the Ordinary and Making It Extraordinary 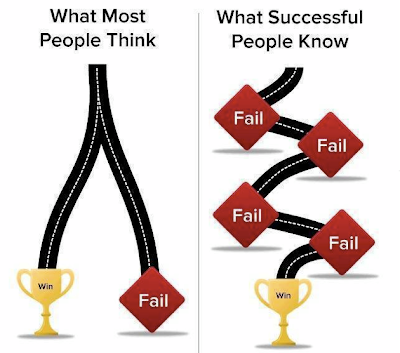 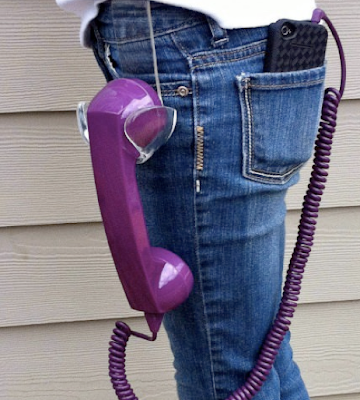 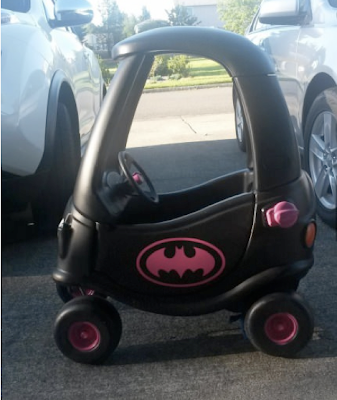 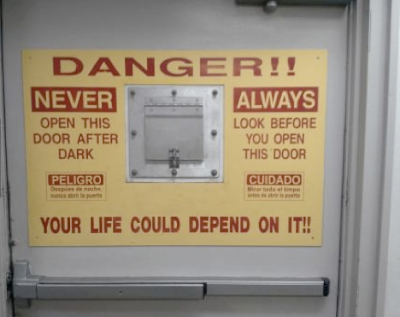 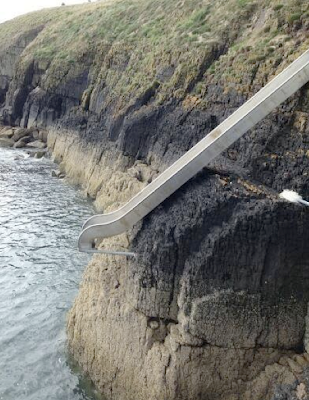 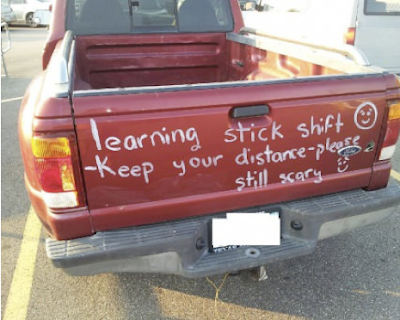 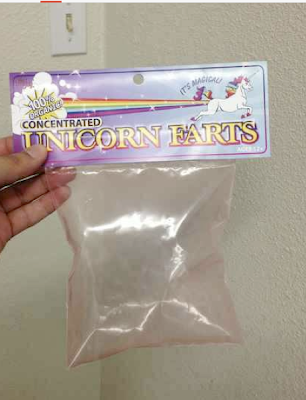 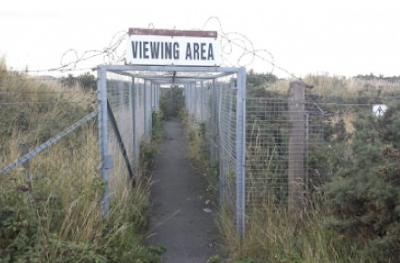 I know I'm a bit late, but I feel the need to thank you and the rest of the Space Center staff. I owe the Space Center just about everything I have. From the leadership skills I pride myself on to all of my friends. I was an awkward kid that didn't like people. I eventually met some kids from my school at an overnighter and... now those people are my best friends.

Recently I found myself in kind of a struggle. I had a few friends I was having difficulty with and started to question what I could accomplish. But I went to the most recent super-overnighter, and I ended up as a captain. I actually made great friends, and it restored my faith in humanity more than a little bit. Also, I was HUGELY touched by the story of Admiral Everett, and his slow decent into insanity. Casey deserves a promotion or something.

Either way, thanks to everyone and keep up the good work.