Summer Space EdVenture Camps Update: It's Busy at The Space Place and The Christa McAuliffe Space Center. A Tour of the Starship Voyager While the Campers Deal With Multiple Problems :) The Phototron from the Old Voyager Appears! Imaginarium Theater 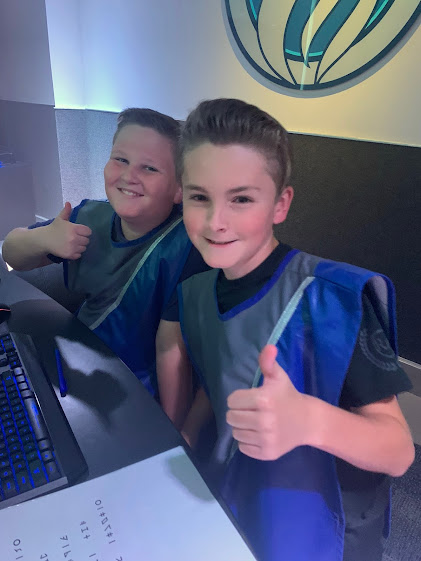 Kade and Canon man the Operations Station on the Starship Voyager

It is a busy summer at Utah's Space EdVenture Centers.  The Space Place at Renaissance Academy and the Christa McAuliffe Space Center at Central Elementary are either at capacity or nearly there.  I'm enjoying my time at both locations.  I'm a flight director on the Starship Cassini at the CMSC. I help wherever Bracken needs me when I'm at The Space Place. 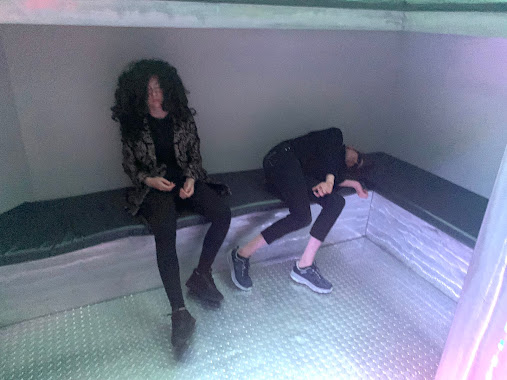 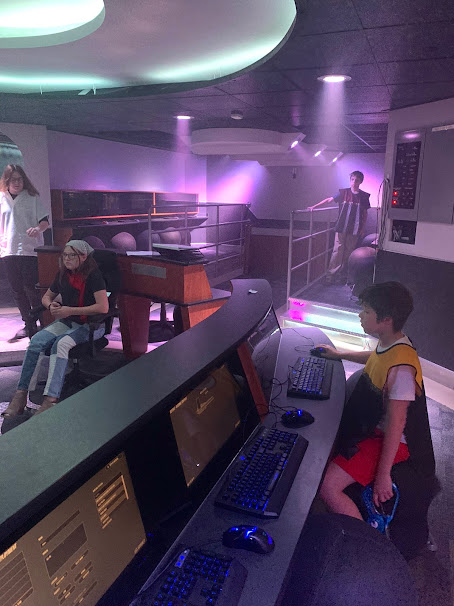 The Voyager's Defense Station with Maintenance at the back

Last week I spent some time on the Starship Voyager to take a few pictures and video of the crew at work. Seeing these young campers in this immersive environment, working together to solve the multiple problems a 5 hour long mission throws at them, is impressive.

The Starship Voyager may be the largest starship simulator in the Space EdVenture's Utah Fleet when you take into account its bridge, hallways, brig, engineering room, and sickbay.  Just to show you, I made a walk through video of the ship while the campers were in a 5 hour long mission.

What Happened to the Phototron from the Original Starship Voyager? 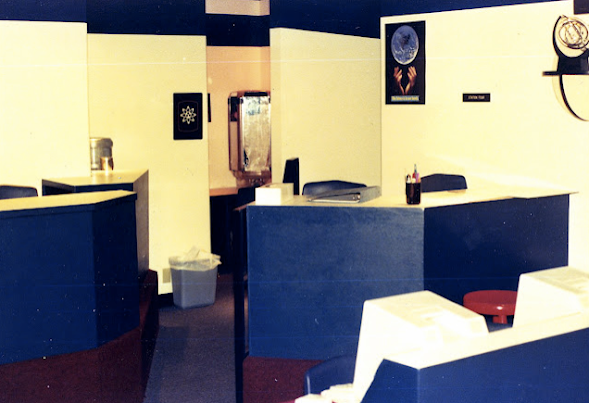 The Phototron on the original Starship Voyager's Bridge
The Phototron was donated to the Christa McAuliffe Space Center when it first opened in 1990.  It sat in the small room adjoining the ship's bridge.  The Phototron is a small greenhouse.  The small room off the bridge was a science bay when the ship first opened and yes, I had plants growing in the Phototron.  Soon it became impractical to continue the science bay once the CMSEC focused on district wide field trips.  At that point I moved the Phototron to the bridge where it sat at the top of the bridge stairway.  It was a set decoration with a cool red light on the interior.
The Phototron disappeared after the 2012 remodeling closure and I hadn't seen it sense (or at least I don't remember seeing it) UNTIL this last week.  I walked up to the Voyager's Bridge and what did my wandering eyes behold - the Phototron back where it belongs on the bridge of the Voyager II. 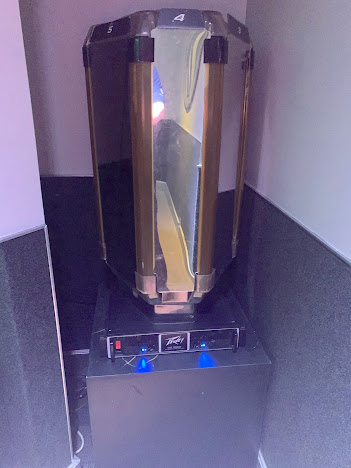 There it sits in all its glory, right off the bridge near the Operations Station.  Welcome back Phototron!  All you need is your red light and you'll be back to business.